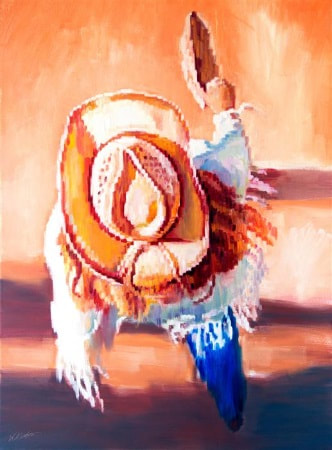 Warren Keating, born in New Orleans in 1965, is an American artist. His aerial paintings combine art and technology, merging the perspective of the camera with the traditional medium of oil paint.

Keating’s work explores both the figurative and the abstract using an aerial perspective and therefore distorting our perception of the figure. His work focuses on motion, texture and process - the brushstrokes mimic the dynamism of people in motion and create an intriguing textured surface.
Perched in a high place such as a balcony, Keating captures video footage from above of unsuspecting passersby.

Back in his studio, he will then choose the still frames that demonstrate the perfect shift in momentum or an interesting quirk of gesture. He works quickly from that photographic reference to cover the canvas in thick impasto oil paint that celebrates the subtle play of light and color. Keating has coined the expression ‘Pixel Impressionism’ to define his rapid brushstrokes which capture the movement of his subjects and the perspective of the camera and digital artifacts.
​
Keating has exhibited his work in both solo and group shows in the United States and Mexico. His work belongs to private collections all around the world and has been featured in a number of publications including The Huffington Post and the LA Times. 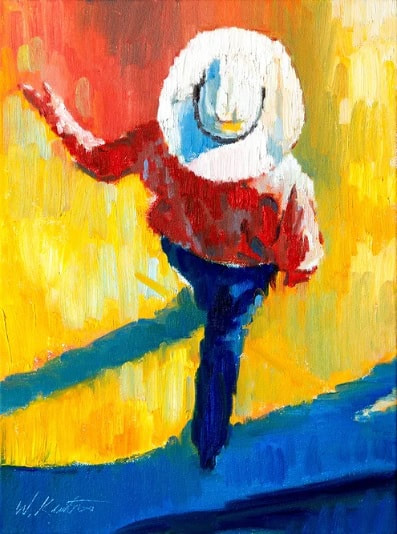 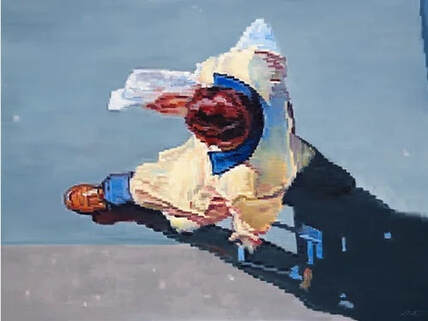 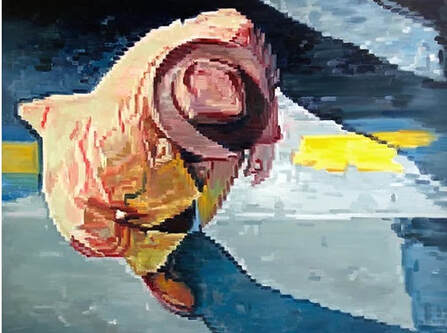 Somewhere on a bridge or a hotel balcony, you'll find me capturing video of unsuspecting figures walking below.

Later, in a studio in Encino, you can find me pouring through frame after frame of the video footage to find the perfect moment of weight shift, swing of the arm or tilt of the head, which I feverishly paint, covering large canvases with thick paint depicting an overhead view of a walking figure in an urban setting.

My work invites you to celebrate the everyday moment using the perspective of a camera with the subtlety of light and color that can only be captured with oil on canvas. My signature “Pixel Impressionism” brush strokes create the motion and details of the walking figure and communicate my passion for the subject.​ 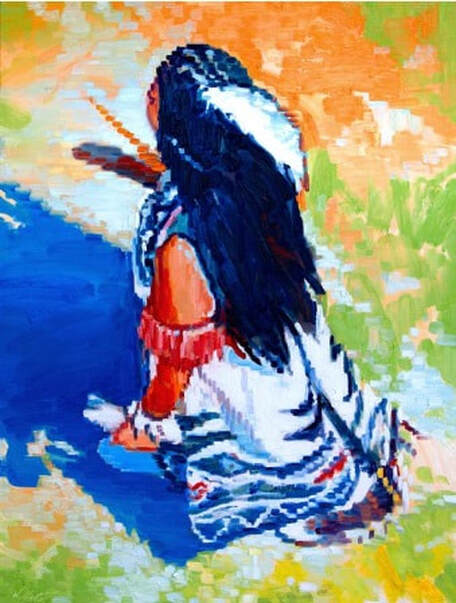 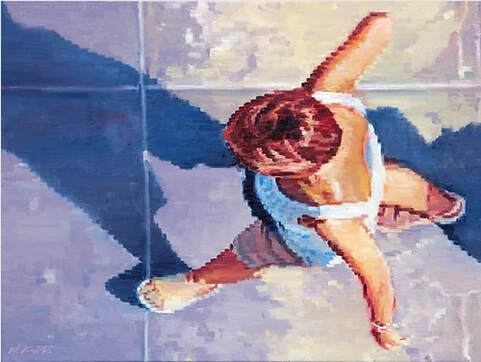 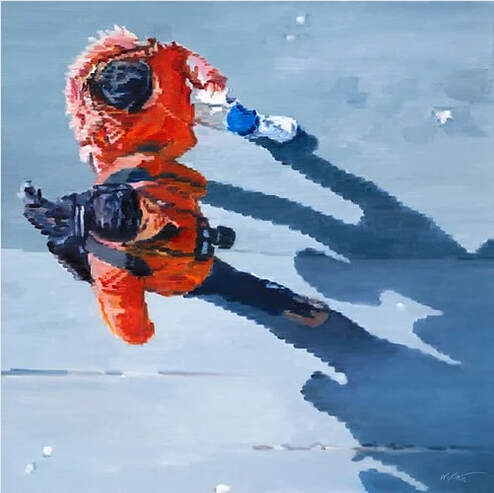 Paris Tourists In Red With Camera 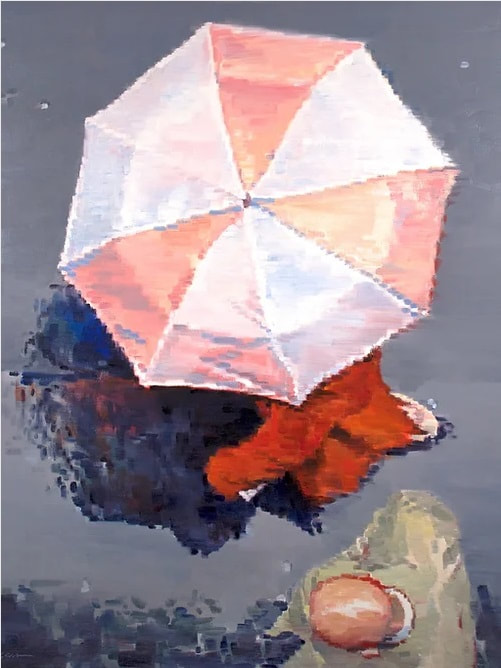 Woman In Red Under Umbrella In Paris 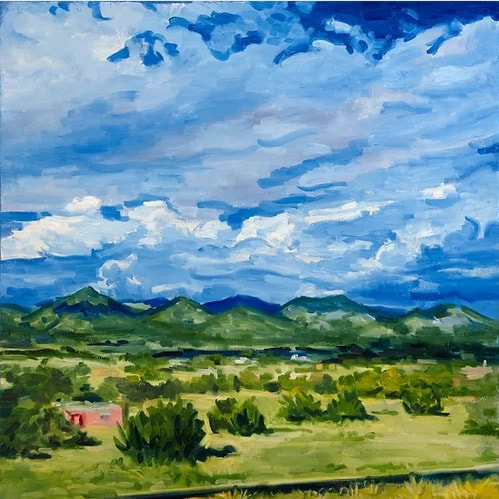 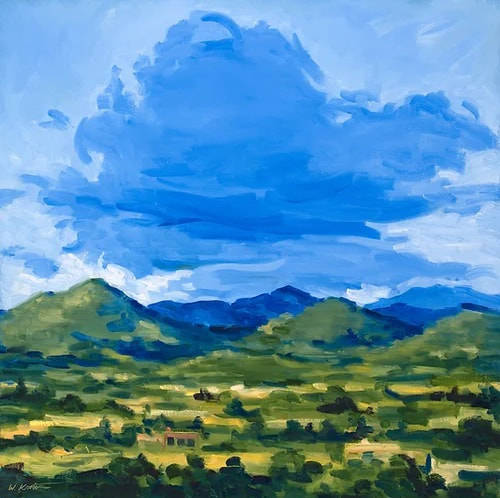 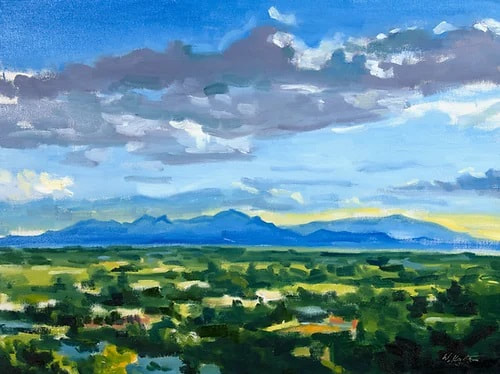 U Gallery
a premium online gallery represents my latest works