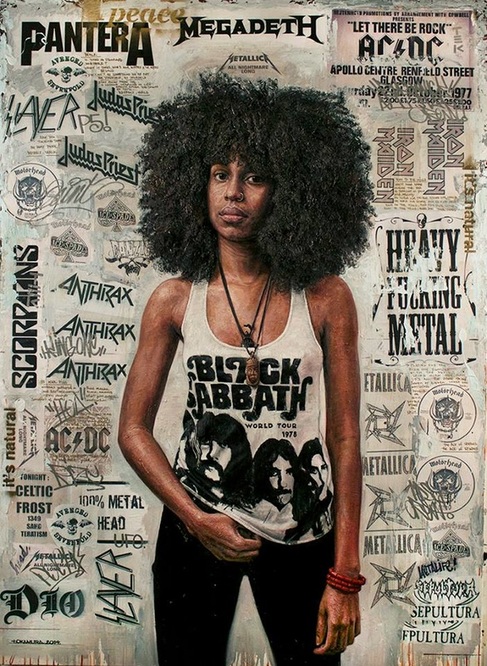 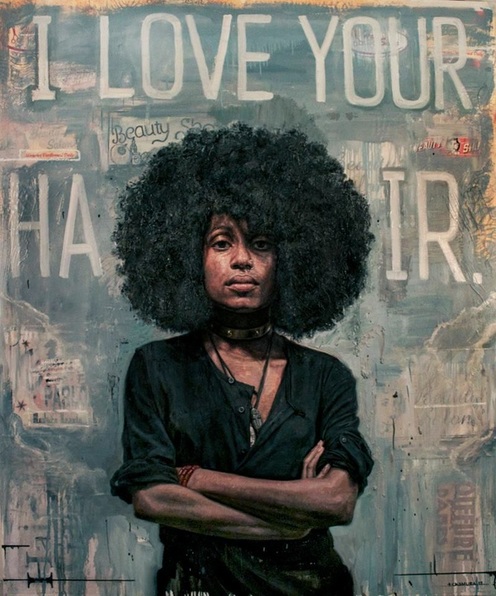 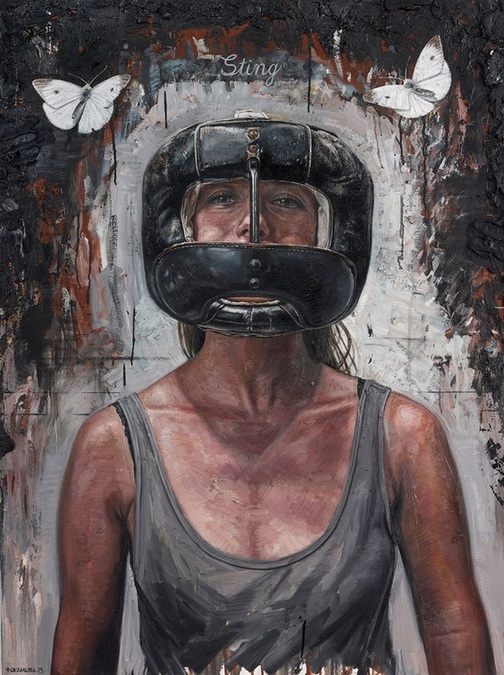 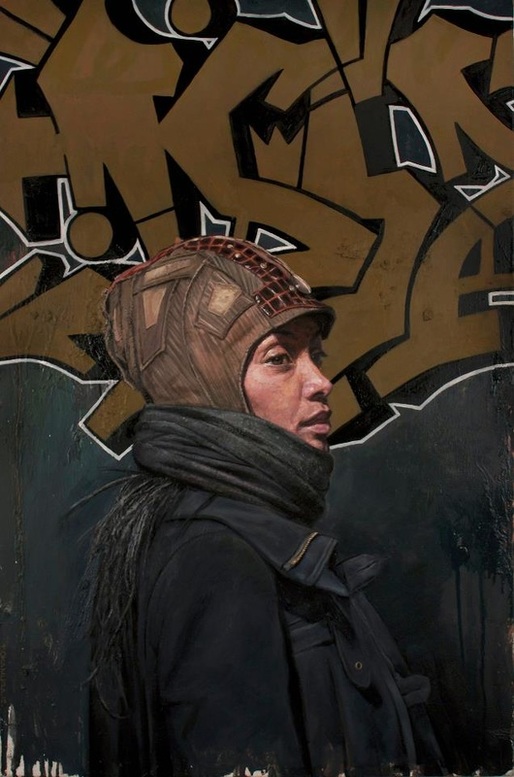 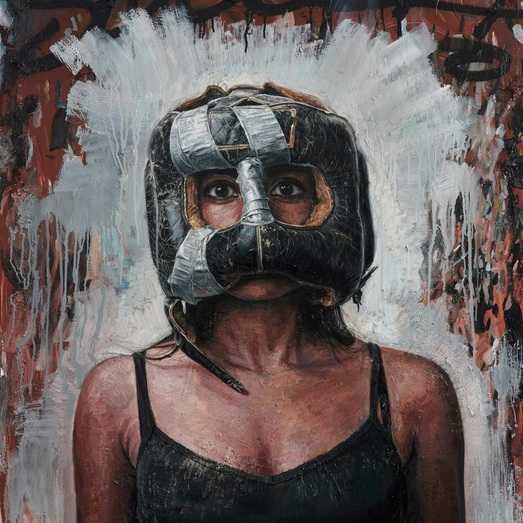 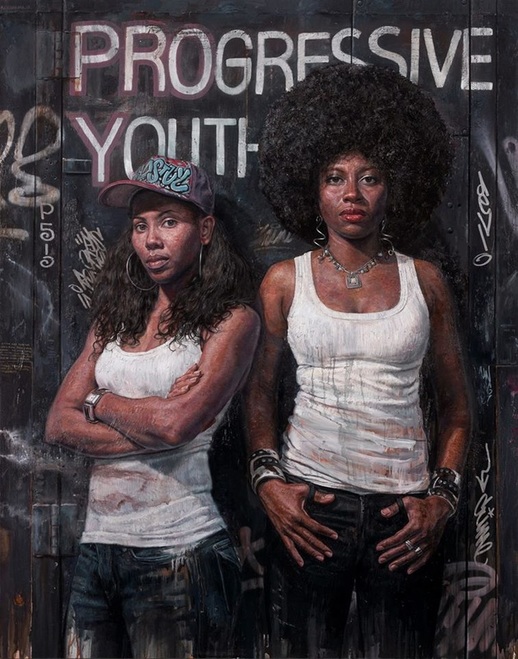 "Progressive Youth #1" , 76 x 60, oil, mixed media on canvas, 2011-12.
Tim Okamura investigates identity, the urban environment, metaphor, and cultural iconography through a unique method of painting – one that combines an essentially ‘realist’ approach to the figure with collage, spray paint and mixed media. The juxtaposition of the rawness and urgency of street art and academic ideals has created a visual language that acknowledges a traditional form of story-telling through portraiture, while infusing the work with resonant contemporary motifs.

Born in Edmonton, Canada, painter Tim Okamura earned a B.F.A. with Distinction at the Alberta College of Art and Design in Calgary, Canada before moving to New York City to attend the School of Visual Arts in 1991.  After graduating with an M.F.A. in Illustration as Visual Journalism, Okamura moved to Brooklyn, New York, where he continues to live and work.

Okamura – a recipient of the 2004 Fellowship in Painting from the New York Foundation for the Arts – has exhibited extensively in galleries throughout the world, including the U.S., Canada, Italy, Japan, Ecuador and Turkey, and has been selected nine times to appear in the prestigious BP Portrait Award Exhibition at the National Portrait Gallery in London, England.

In 2006, Okamura was short-listed by the Royal Surveyor of the Queen’s Picture Collection for a commissioned portrait of the Queen of England.
In 2013, the University of North Carolina hosted a retrospective exhibition of Okamura’s work that focused on nearly a decade of production.
Tim Okamura’s art is on display in the permanent collections of the Davis Museum at Wellesley College, The Alberta Foundation for the Arts, the Toronto Congress Center, the Hotel Arts in Calgary, Canada, and Standard Chartered Bank in London, England. Celebrity collectors include Uma Thurman, musicians John Mellencamp, Ahmir “Questlove” Thompson (The Roots), director Ben Younger, as well as actors Bryan Greenberg, Vanessa Marcil, Annabella Sciorra, and Ethan Hawke. 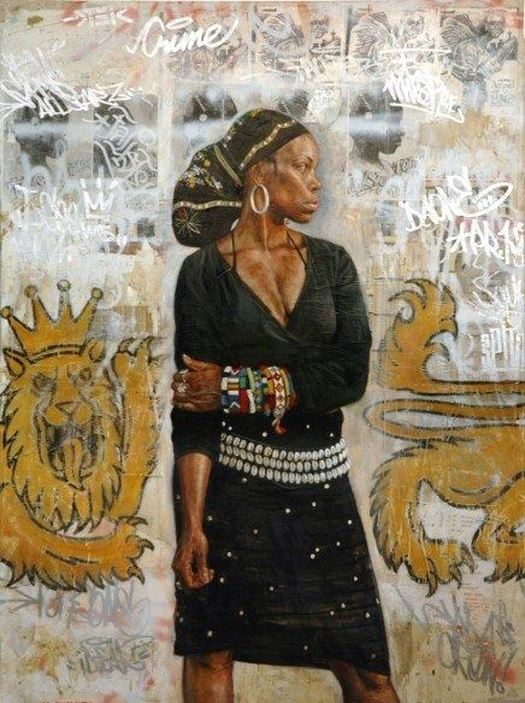 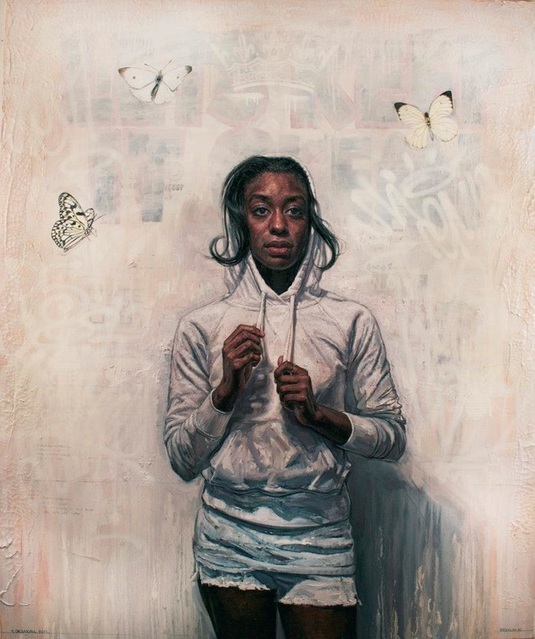 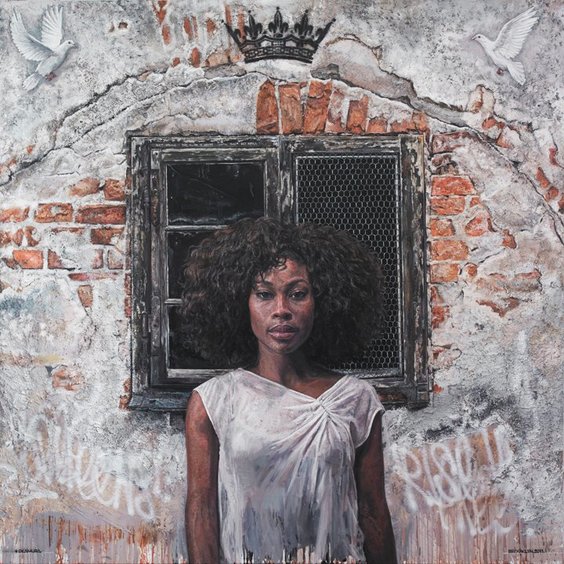 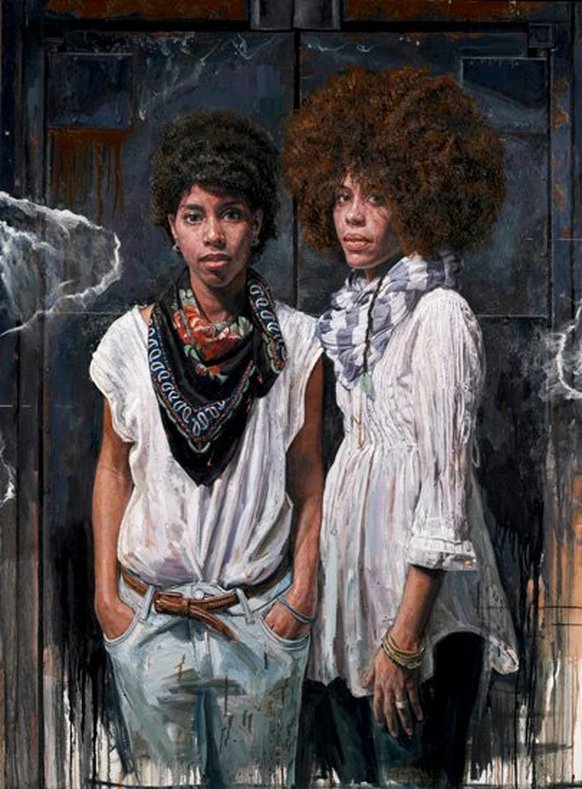 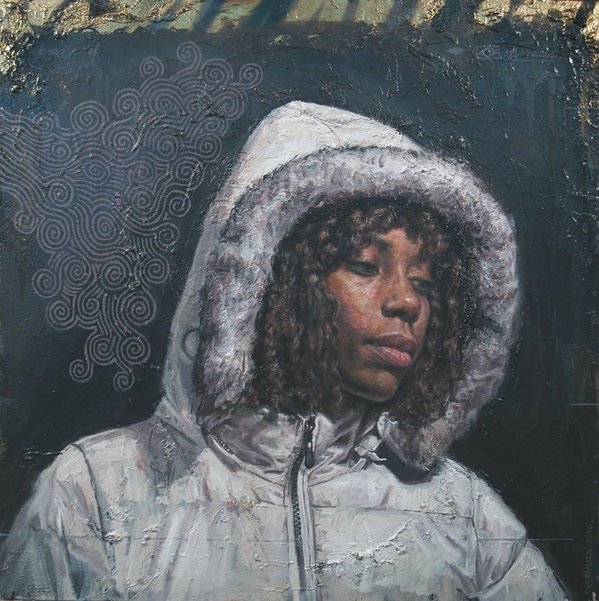 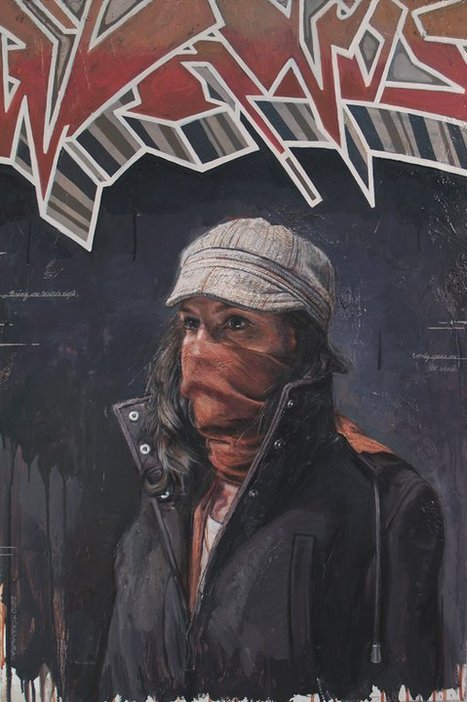 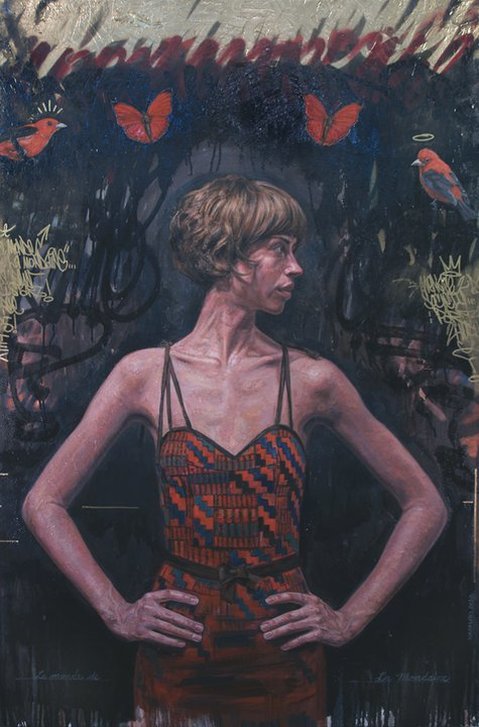 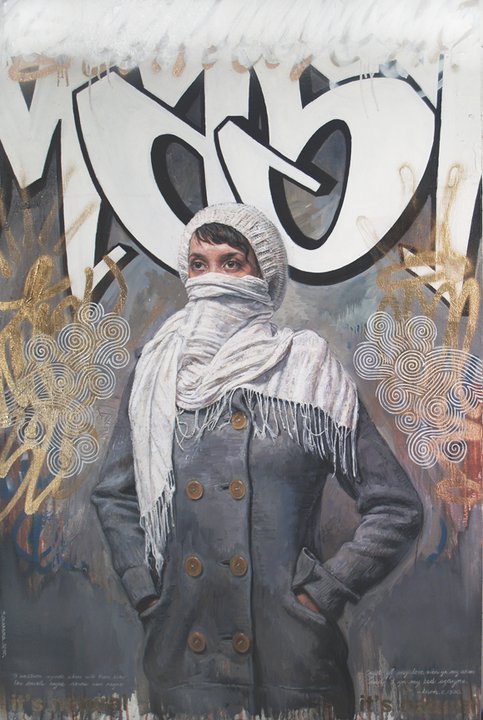 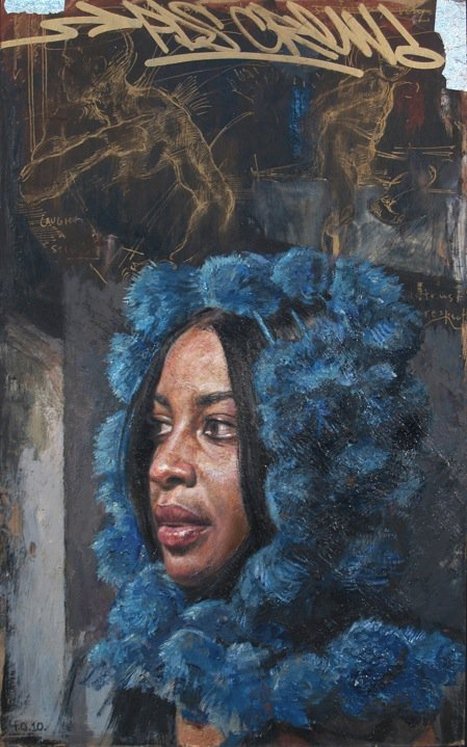 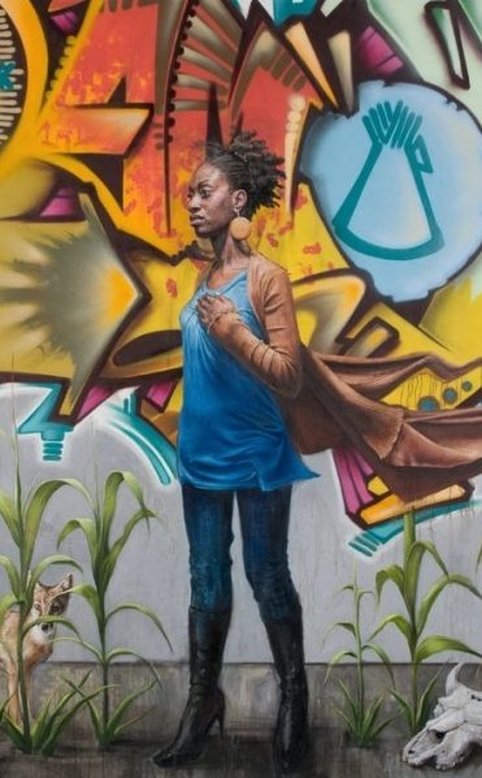 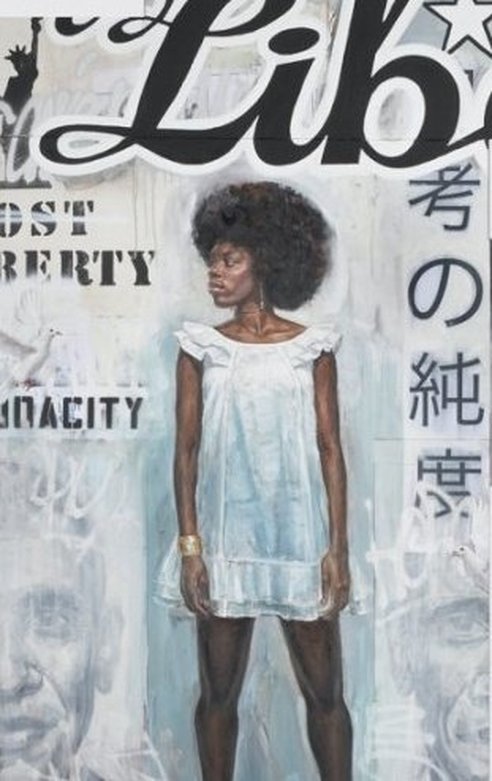