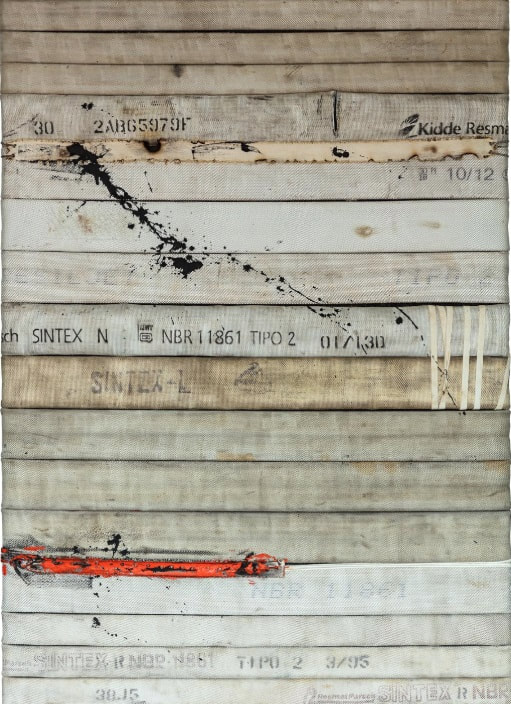 ​Brazilian artist Joarez Filho is a multifaceted.
His art mixes painting and sculpture.
Recognized in the national and international market, Joarez began his trajectory
in Japan and made artistic residency in the United States.

The desire to be an artist was born when I lived in Japan and the concept of his work reflects a lot of this period. In the United States discovered contemporary figurative, the American market taught two important things: make art and live from it.
Currently with a new series called Warriors of Fire, it brings a sustainable language where it gives new life to the materials used and if more use of the Fire Department.

The hoses form reliefs that along with the ink in the hands of the artist they see works of art and honor the heroism of the combatants and the situations of saving of lives and aid to the citizen in the day to day.

The screen shows the strength, personality and personal look of the artist, showing his expression and human feeling.
​
"The Warriors of Fire project is based on three pillars; sustainability, history and homage.
My challenge is to put everything together, work the aesthetics and give beauty to the works. " 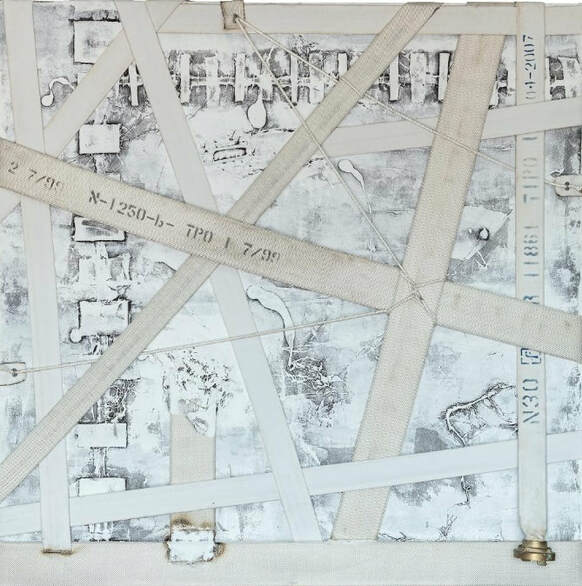 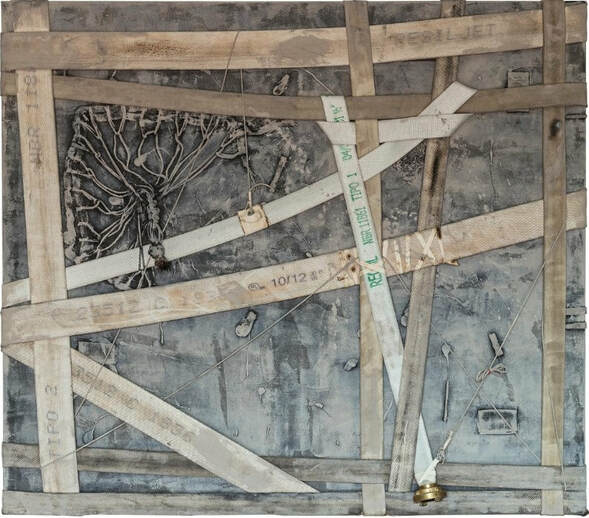 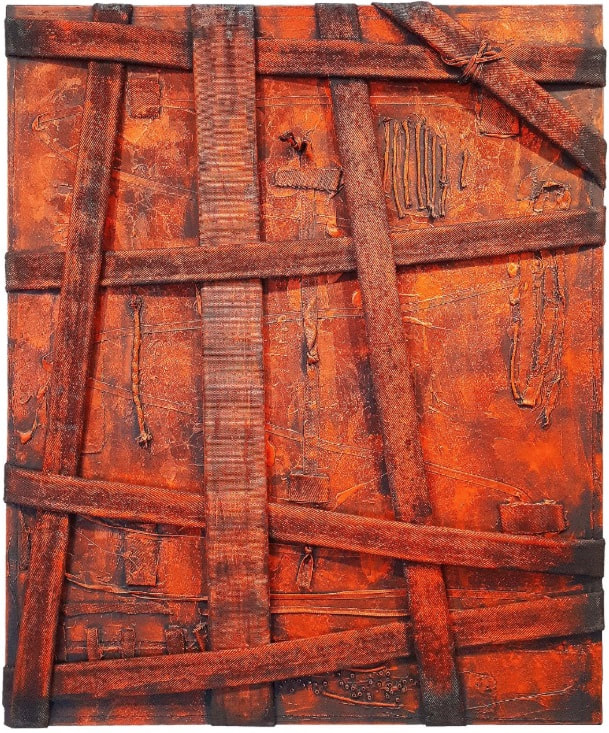 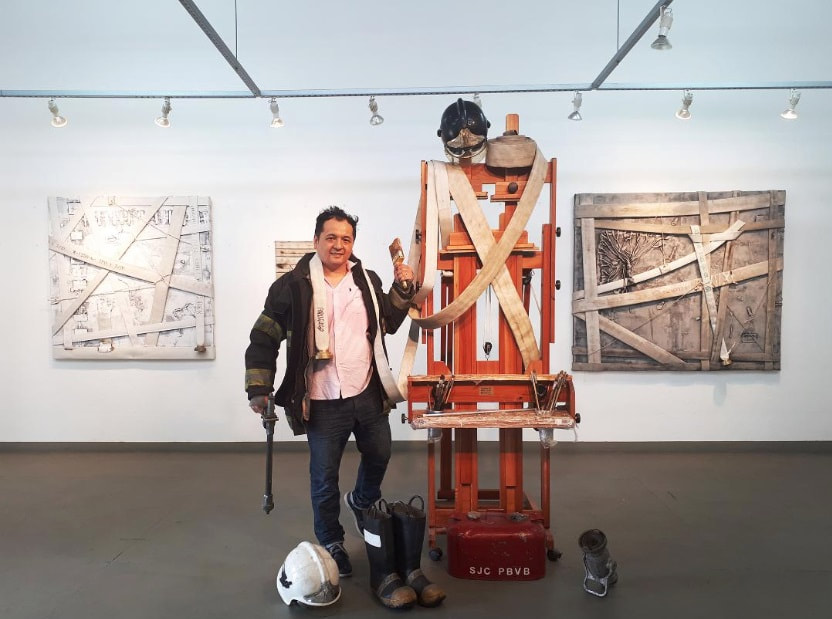 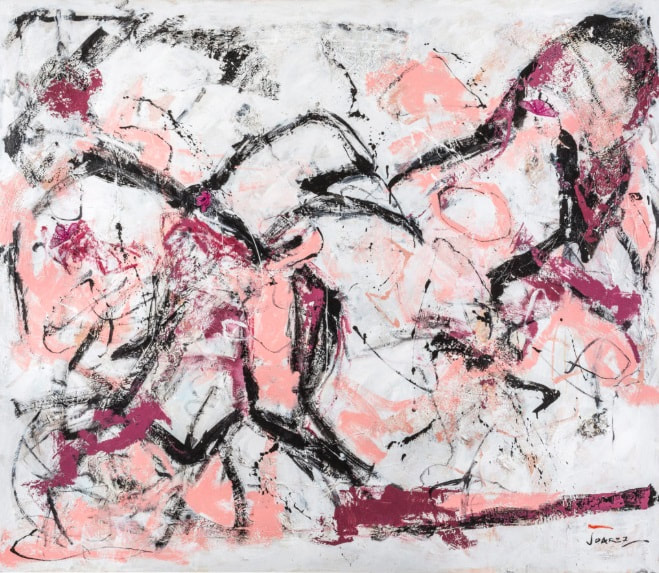 I had the honor of being invited by the stylist Martha Medeiros to participate in the
launch of their winter collection 2016 called BIRDS.
​
She asked me to paint some works that refer to the subject, so I suggested painting some stylized birds
and some dresses so that if viewed from the front they seemed to be embraced by the paintings.

Martha not only approved the idea but also made it a point to put on the mezzanine and shop windows
of Shopping Cidade Jardim and Flagship dos Jardins, in São Paulo. 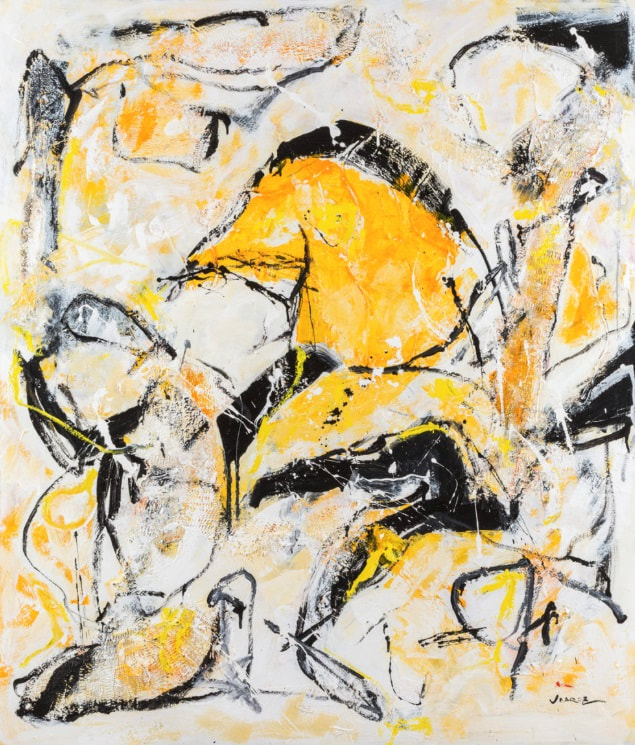 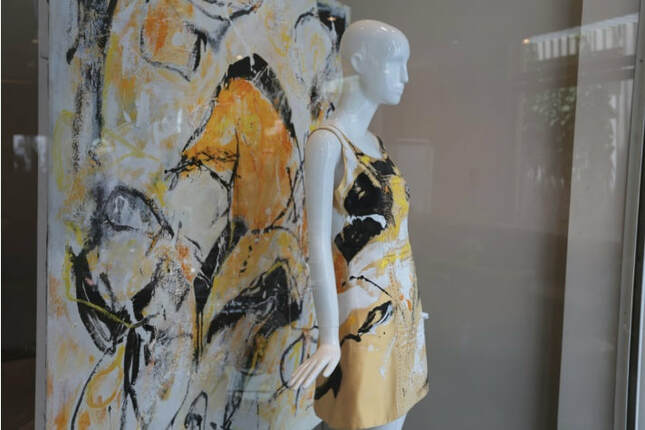 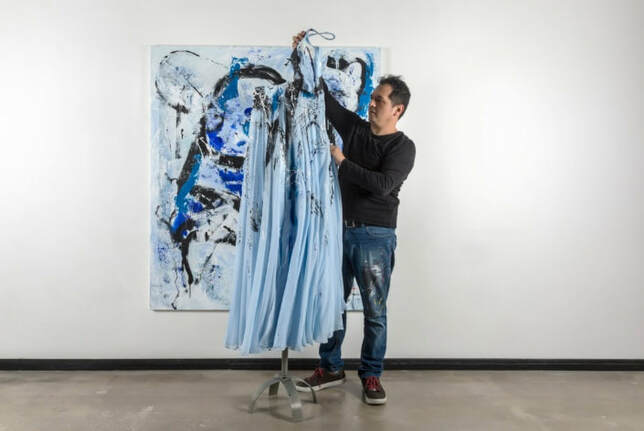 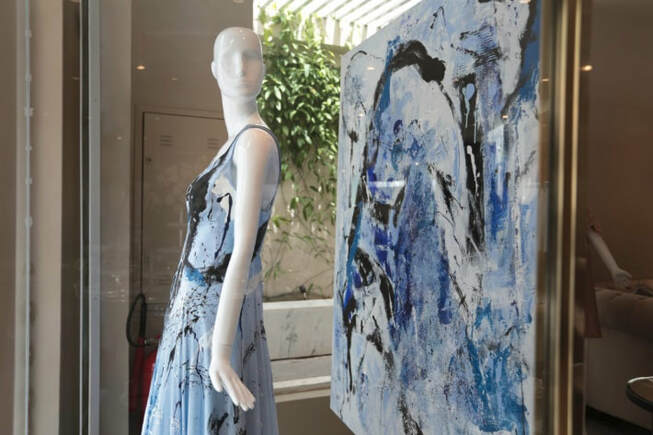 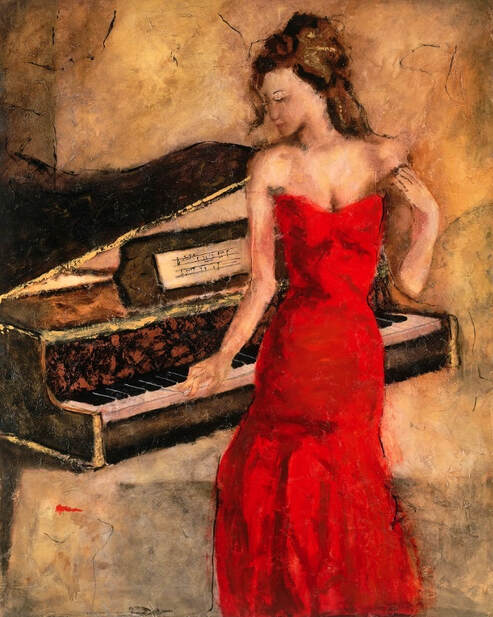 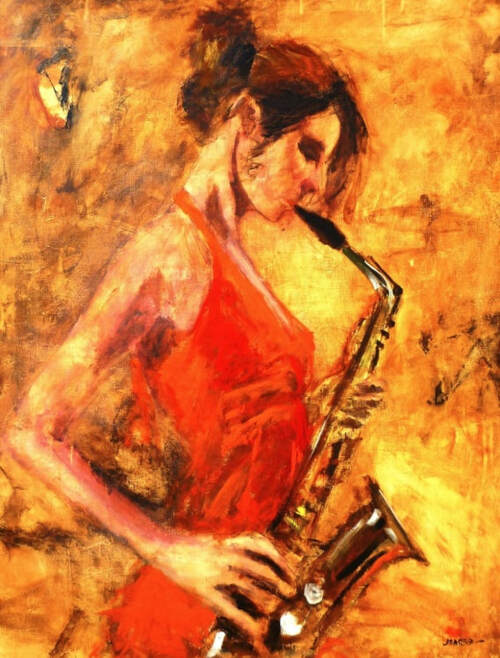 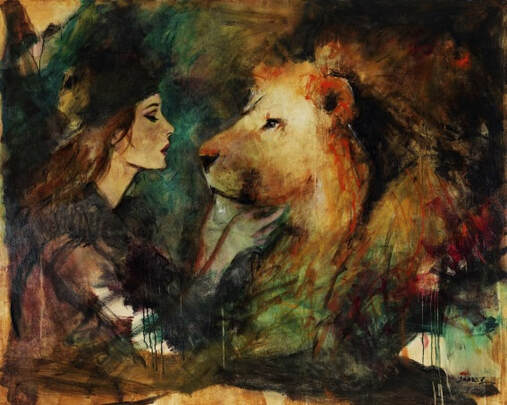 A Collection Of Works
​I HAVE TO DO
"The creation of a Work does not follow a recipe, it comes from day, night, at dawn, in silence, with noise, planned or spontaneous.
It's a mystery to me, I can not define or explain, I just do. This is actually the only thing I'm sure of, what I have to do.
And so I follow, creating, producing, spoken what has to be said, that is, making art! "

PARENTS AND CHILDREN
There are hundreds of works produced over almost two decades, each with its own particularity.
They can be important, beautiful, conceptual, etc.
But what they all have in common is the fact of being as children, and as such, we create for the world! " 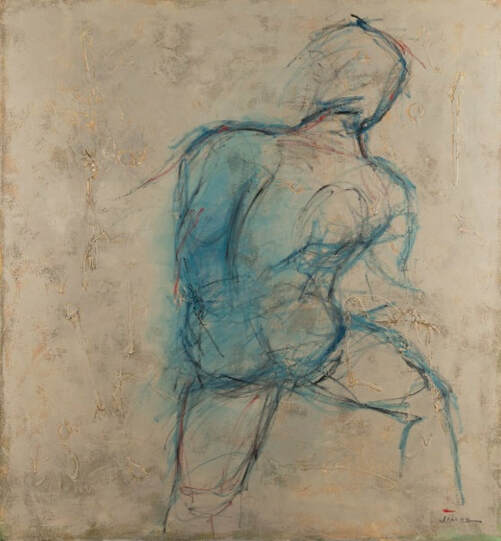 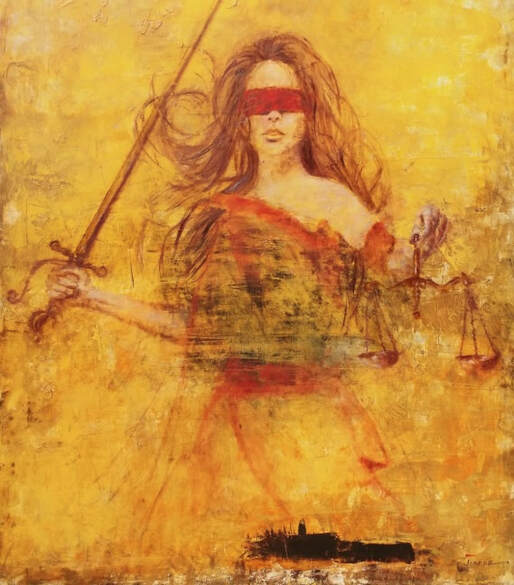 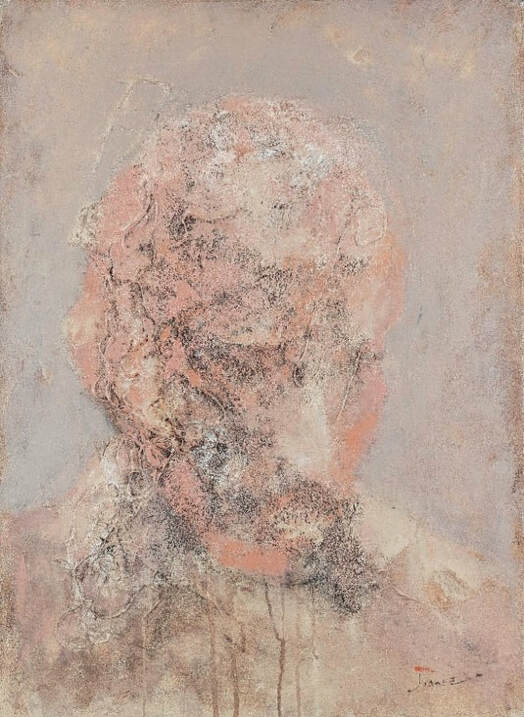 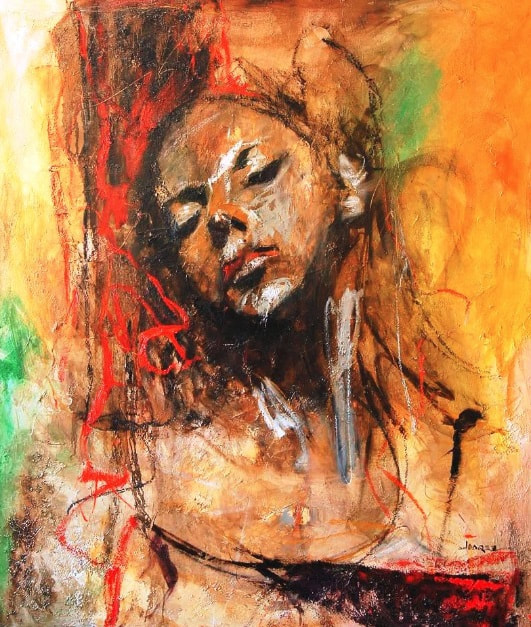 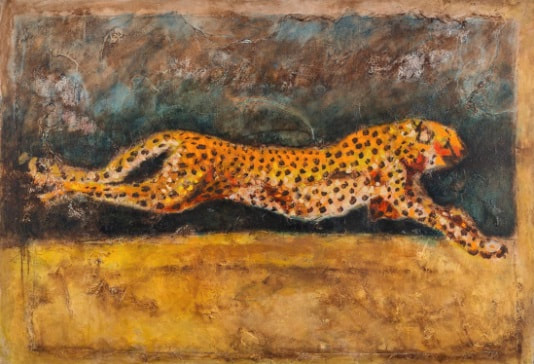 ​SPONSORSHIP AND INTERACTION
I would like to thank Chery do Brasil who sponsored and supported my exhibition in partnership with ABAP of São José dos Campos, as well as its president, Mr. Roger Peng, who was present at the vernissage and congratulated me for the event and the Works.
The company also allowed me to interact with the launch of CELER and asked me to create a work that had a connection with the car. "


GUEPARDO
Celer has been manufactured in Brazil and the meaning of its name is fast in Latin.
We suggest the painting of a Cheetah, as it is a light, agile and swift animal.
The company not only liked the idea but also put the sticker on the exhibition yard.
Finally, Chery acquired the Work and placed it in the presidential room at the assembly plant in Jacareí, São Paulo. 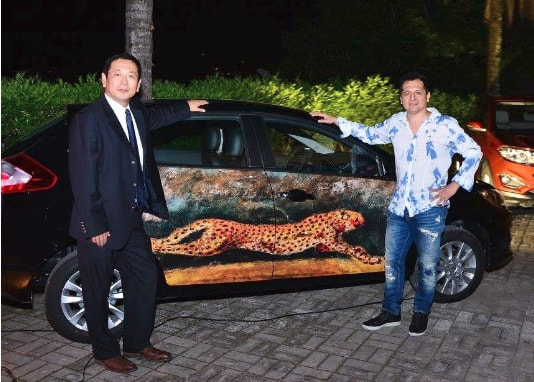