SNAPSHOTS
So here we are, on planet number 3 of a mid-sized solar system that’s on the outskirts of the Orion arm of a 100 million lightyear wide galaxy, the Milky Way. And we’re getting angry at the traffic?

With 'SNAPSHOT' I am trying to capture the fleeting moments of vibrant humanity lived within our consumer-obsessed culture, and to wittily contrast these faked and masked existences within a wider context. The building blocks of our true nature are all the same. We consist of the same atoms, created billions of years ago in a supernova. And here we are living and breathing and experiencing life, and we think we are all so different. I think we are all the same, it’s just that are masks and poses are different. I love humanity and this game we are playing. With snapshot I am trying to capture the unawareness of the fact that we are the greatest wonder of the universe. 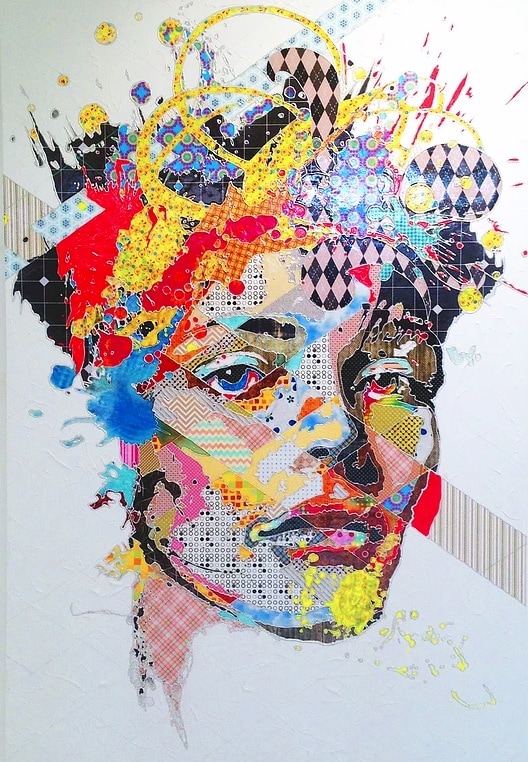 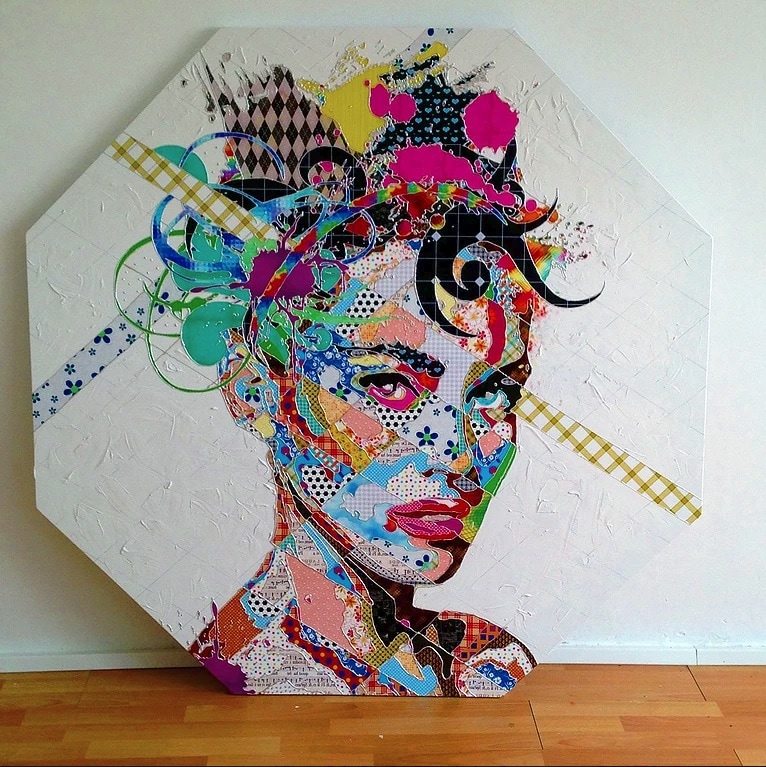 Pinar Du Pre is an artist with an immense curiosity in the nature of reality. And reality isn't what it's been cracked up to be! The insights of science point to a universe that's undivided, in which all parts merge and unite in one totality. The ultimate nature of physical reality is not as a collection of separate objects (as it appears), but instead an undivided whole in a dynamic state of flux.

Inspired by these findings Pınar Du Pre creates artistic methaphors reflecting this more challenging view of a very new kind of reality. Her work explores the territory between the world ‘out there’ and our very different 'worlds within’.

Her paintings portray the fact that our perceptions of solid reality are as deceptively virtual as everything
else in a world the mind molds as readily as plastic.

Her technique also involves a fusion of materials, outlooks and diverse inspirations. Building on the synthetic intensity of digital art, her figurative style depicts a familiar but warped daily life. Her works are a medley of the virtuality of our perception represented by new media and digital arts and the tangable reality of our daily lifes represented by ‘old media’ with substances like acryilics, gilding and epoxy glass. Her choice of materials - acrylics, printed elements, and layers of gilt captured under an epoxy lens - represents another aspect of the layered reality she aims to depict.

Paying tribute to her main influences, Pinar describes her style as "Jugendstil Pop-Art". But where Pop was stimulated by the iconography of materialism and the mass culture of its time, her vision is more intimate in its subversive intent. Her aim is to help administer a small dose of inner perceptiveness! Looking into and beyond the canvas, she hopes we will find new ways to narrate what we see. Each piece has its own narrative, designed to stimulate the audience to reflect on the blurred playground that bridges the visible and invisible, reality and perception. ‘What is reality?’ is the central theme across the series and in each painting we glimpse a fraction of it, before it escapes.

"Each mind always contains the whole picture, but with a limited perspective. Because we each have different experiences, each perspective is also valid and equally distorted. Our brains mathematically construct objective reality by interpreting frequencies that are ultimately projections form another dimension, a deeper order of existence that is beyond both space and time. My endless questioning the nature of our existence stems from an insatiable curiosity and an unfathomable love for truth. I believe in the sacredness of the human experience. Art is a canvas to mutate my curiosity into a form I can share – to transfer scientific curiosity into pictures - to give form to the formless.”

As an Austrian/Turkish Painter born in 1972 Pinar Du Pre has been influenced deeply by the artist of Künstlerhaus and Wiener Werkstaette.  As a highly talented autodidact Pınar Du Pre started painting early on. With the age of six she had produced about 500 drawn paper dolls. With age 13 she painted her first oil colour figures and invented an oil colour printing technique. Between 1995 – 2005 she produced a series of cubistic oil paintings on wood picturing street scenes of Istanbul. In 2006 she developed her current technique in which she mixes digital art with ‘the real world’, a technique which she calls media fusion. 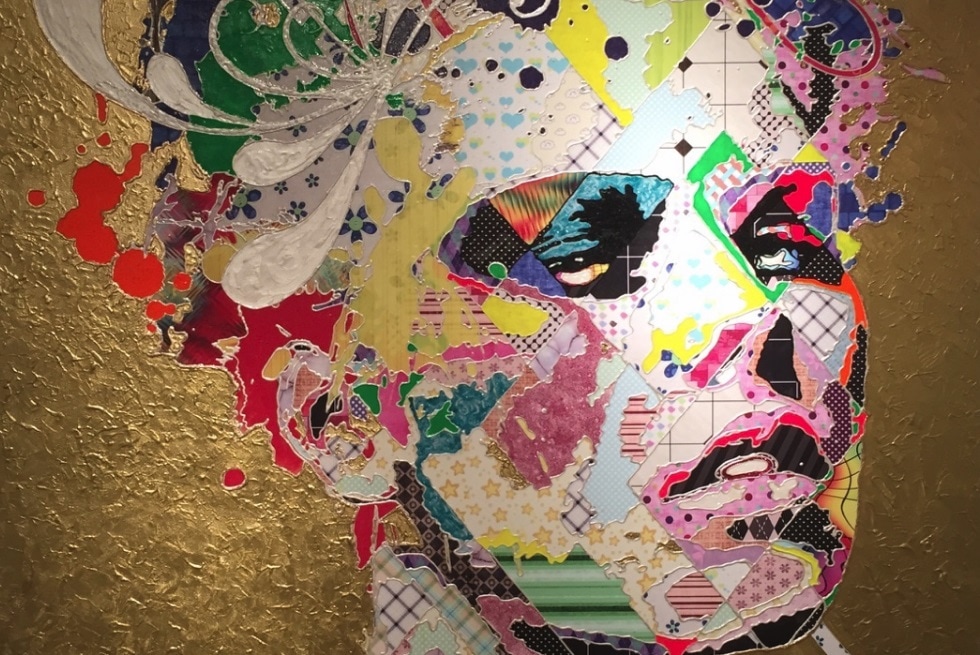 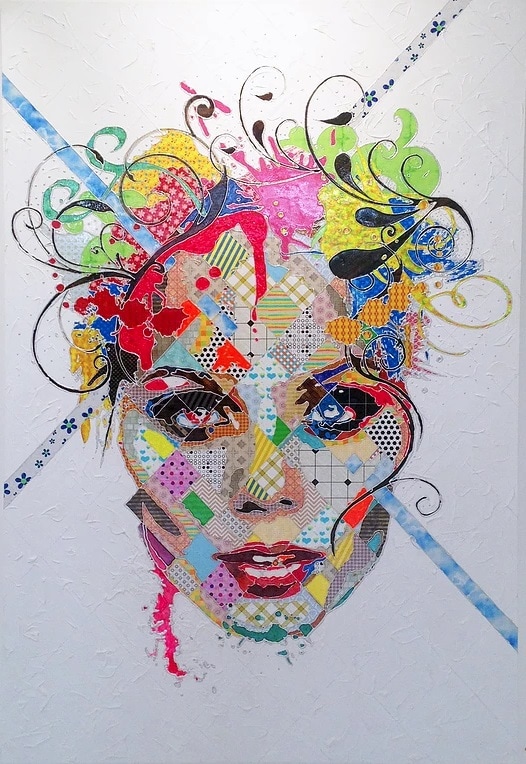 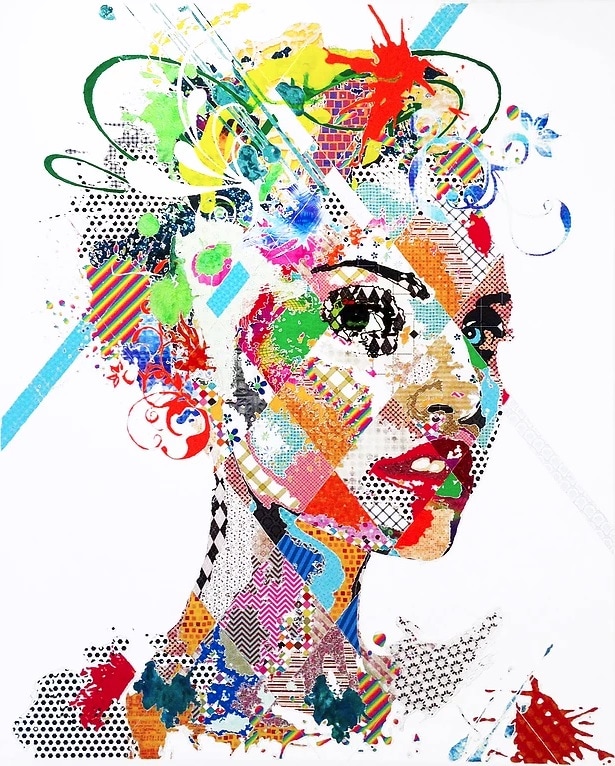 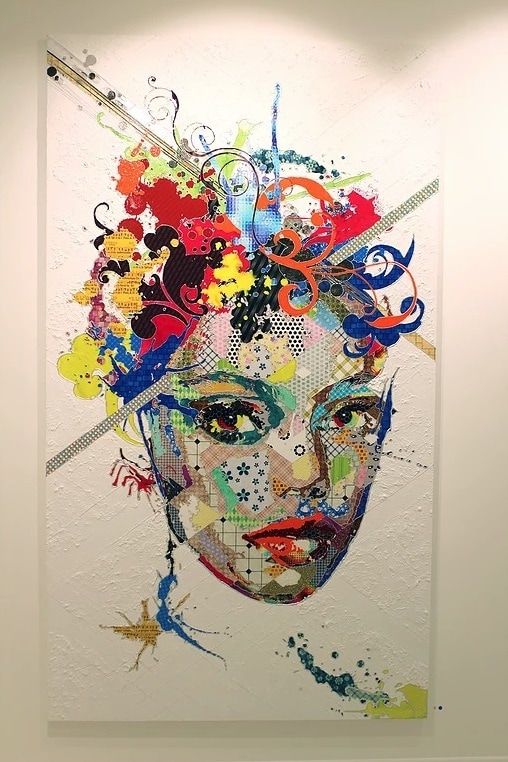 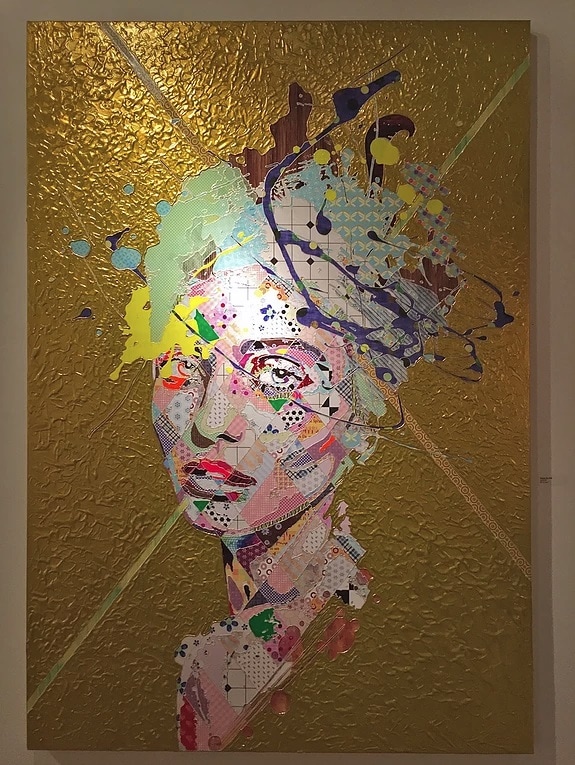 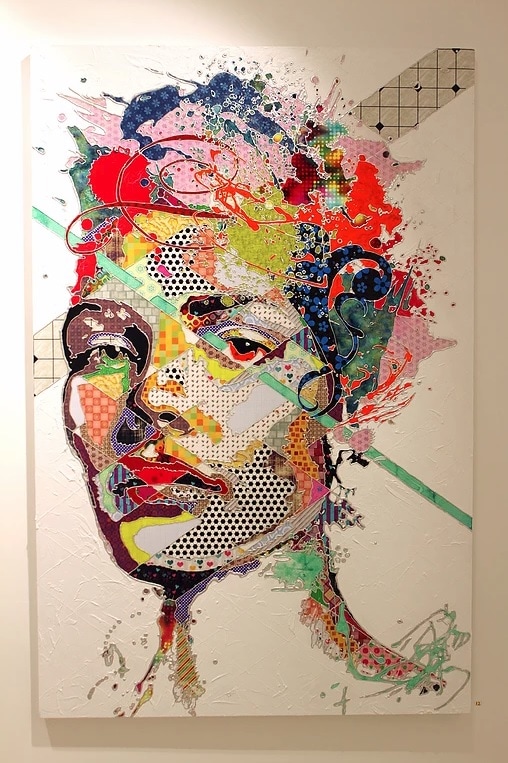 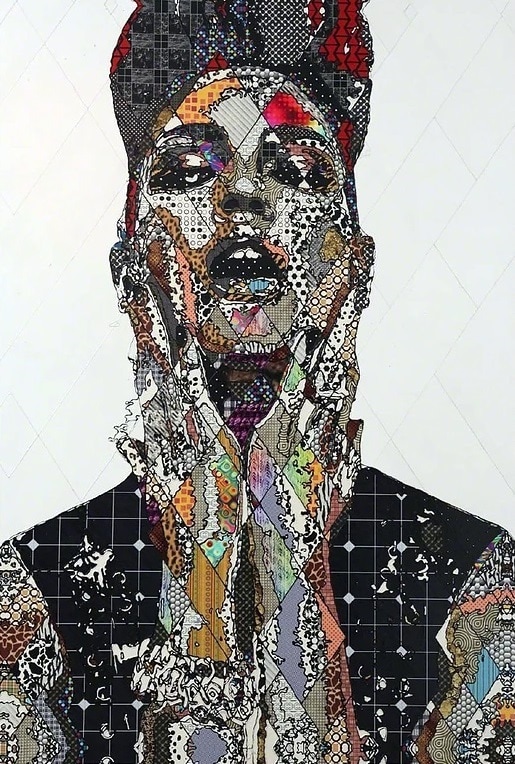 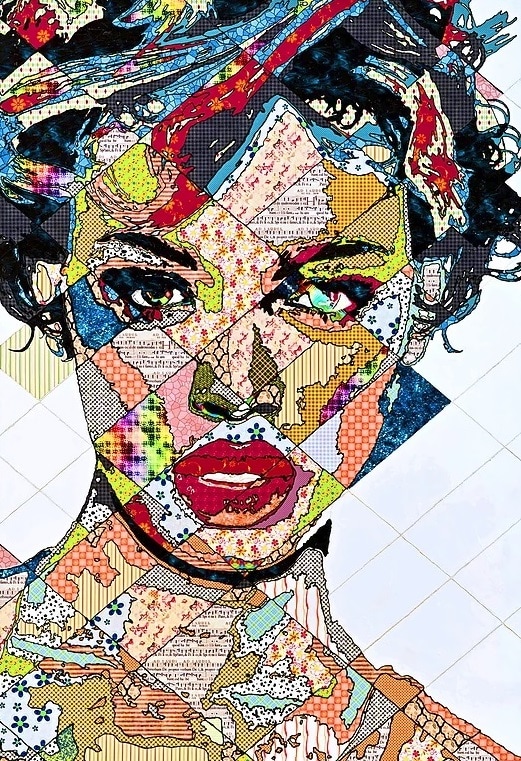 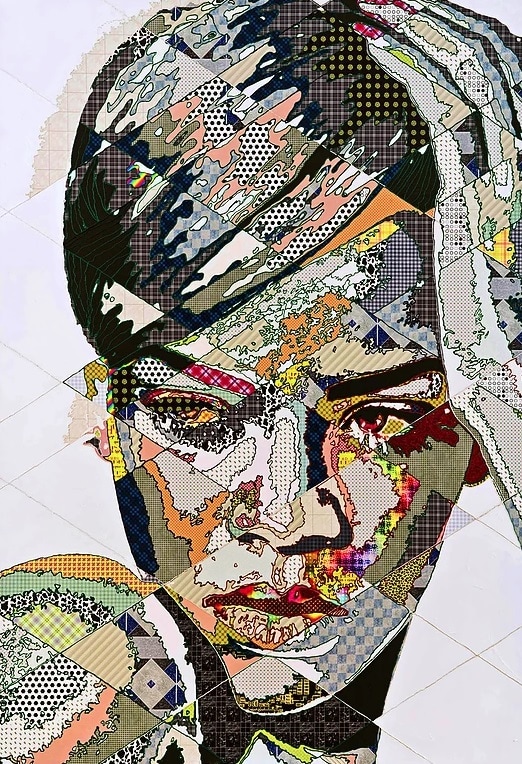 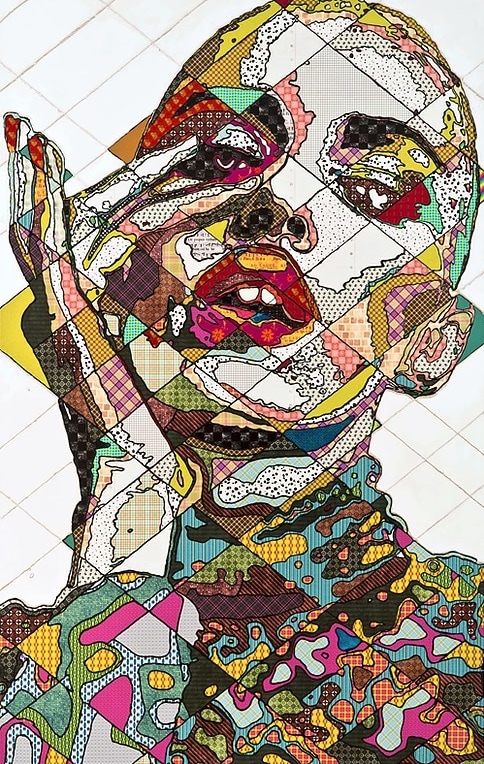 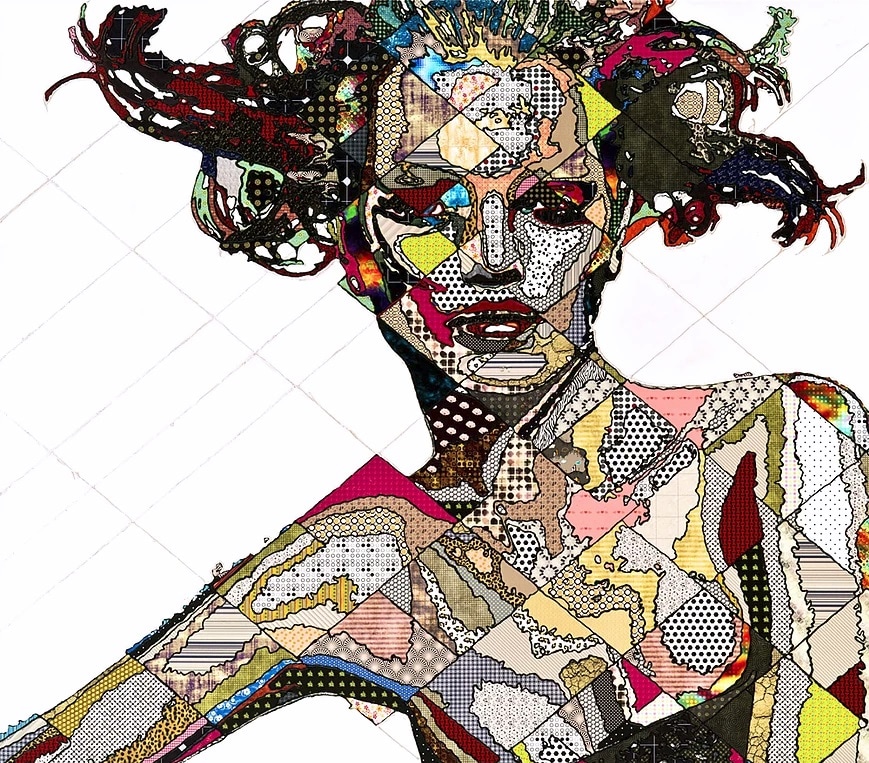 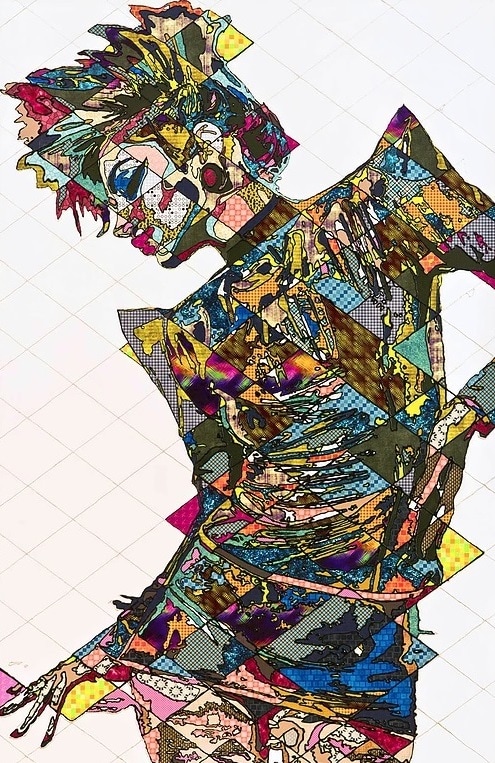 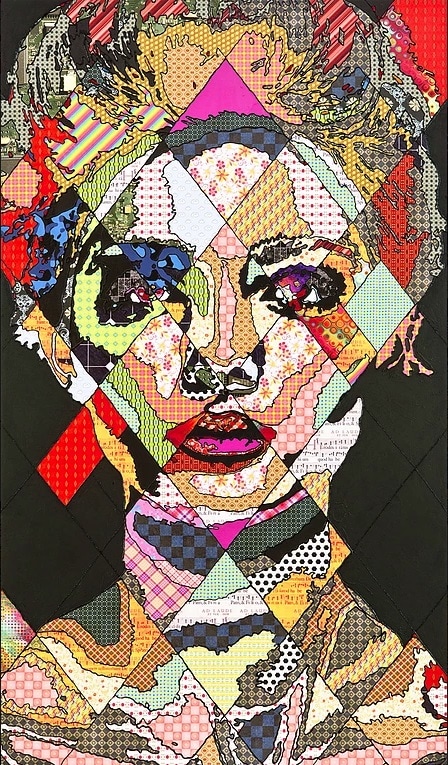 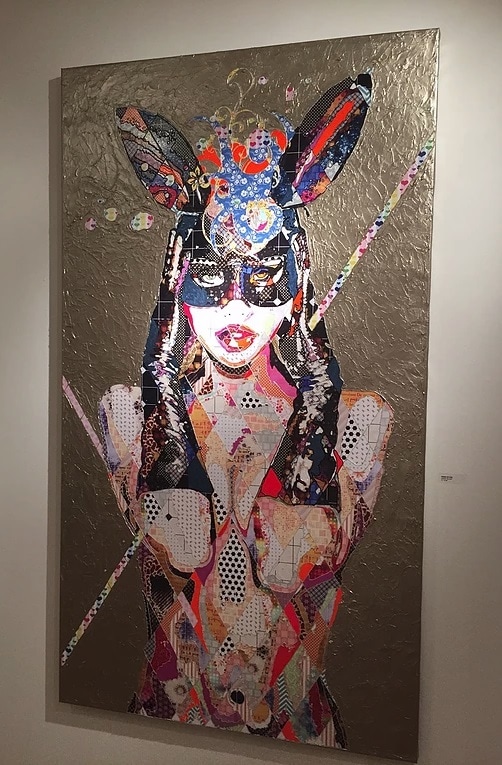 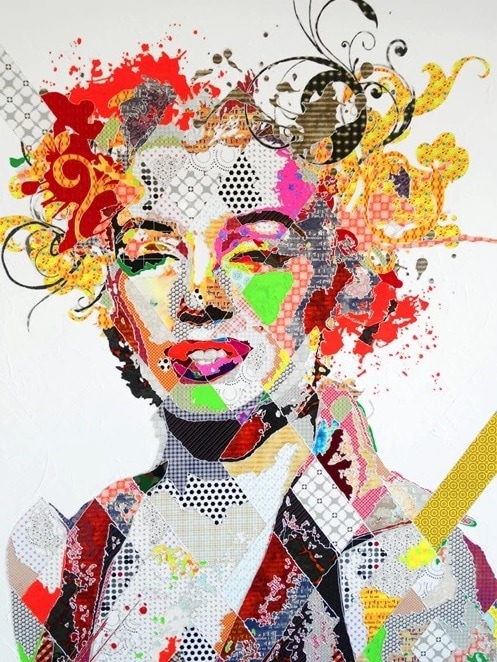 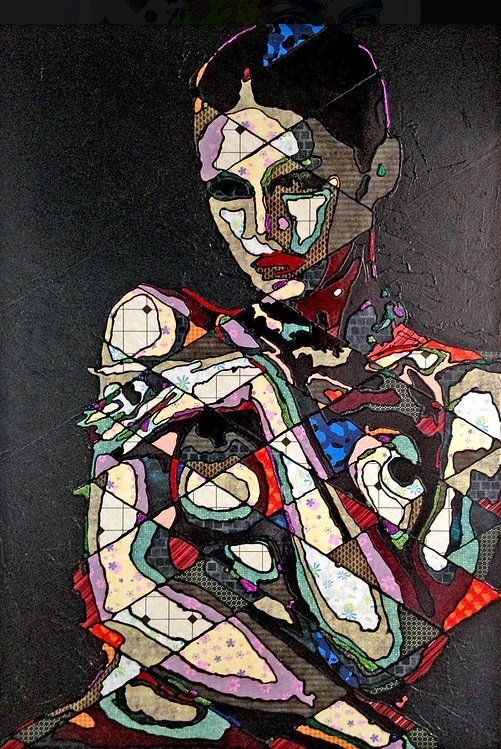 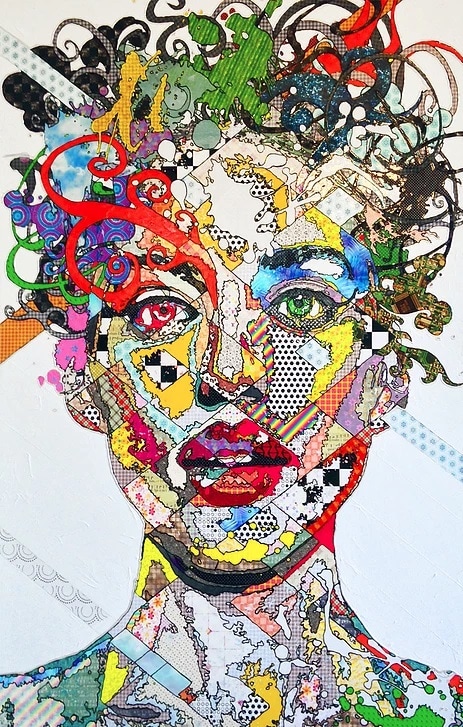 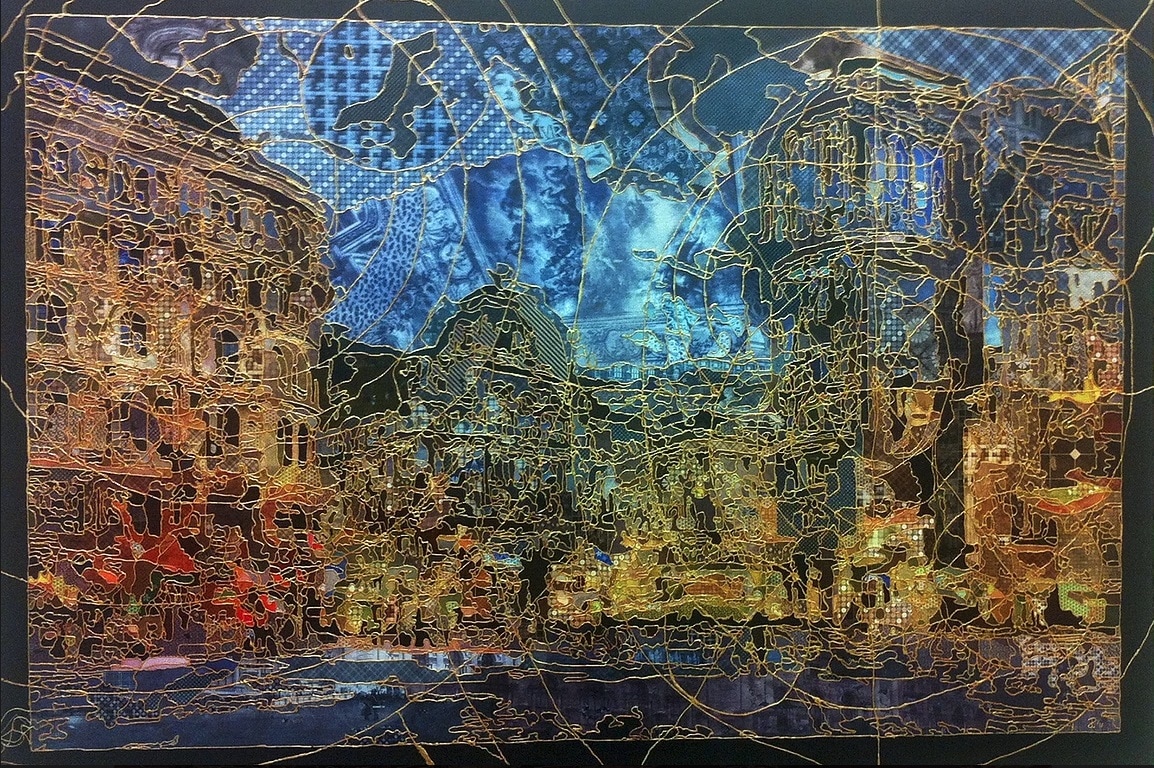 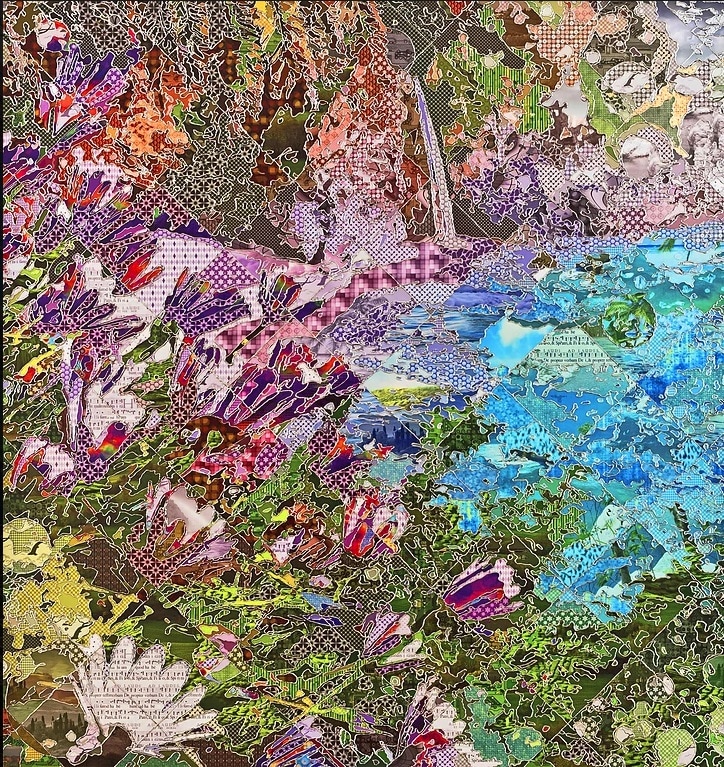 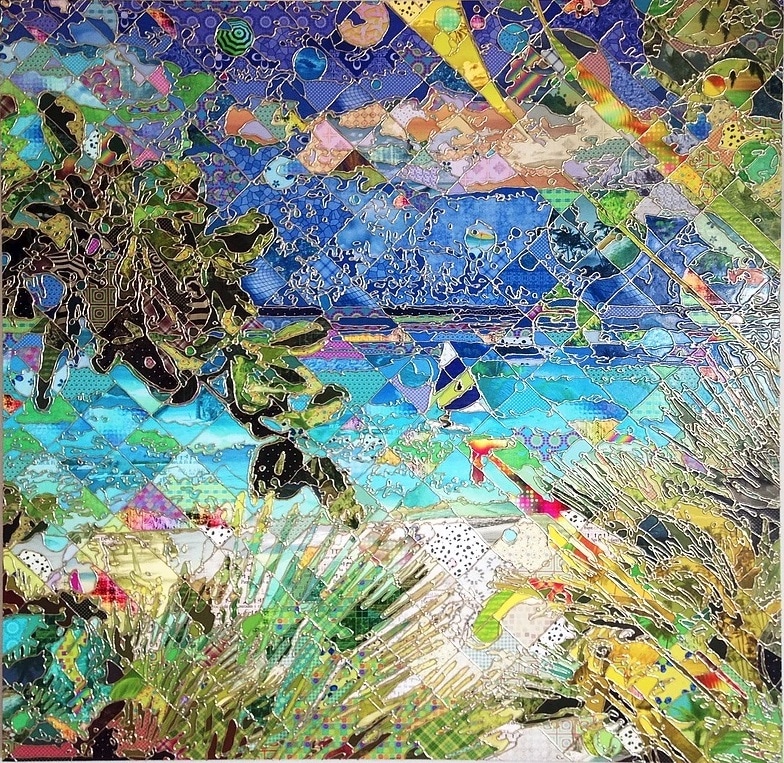 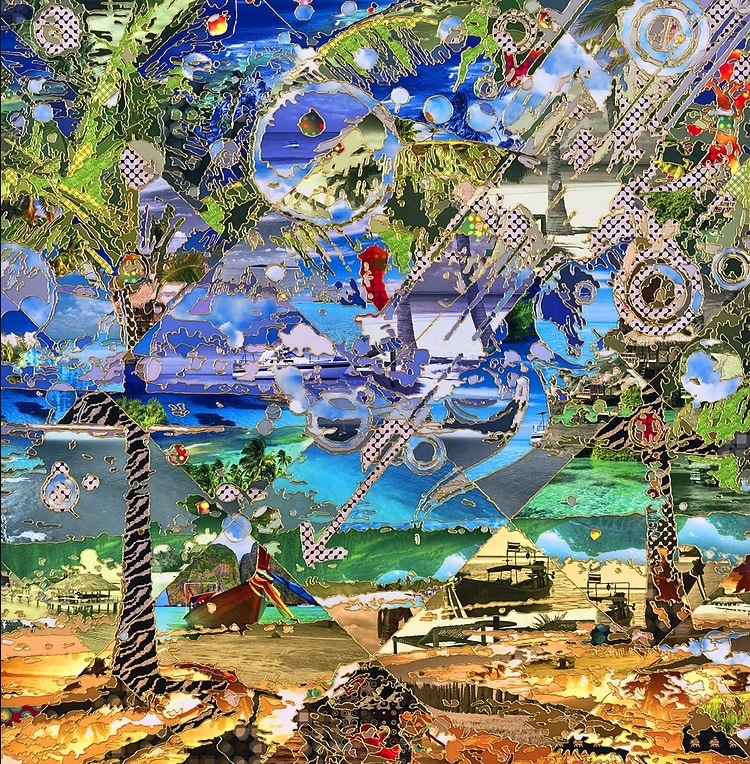 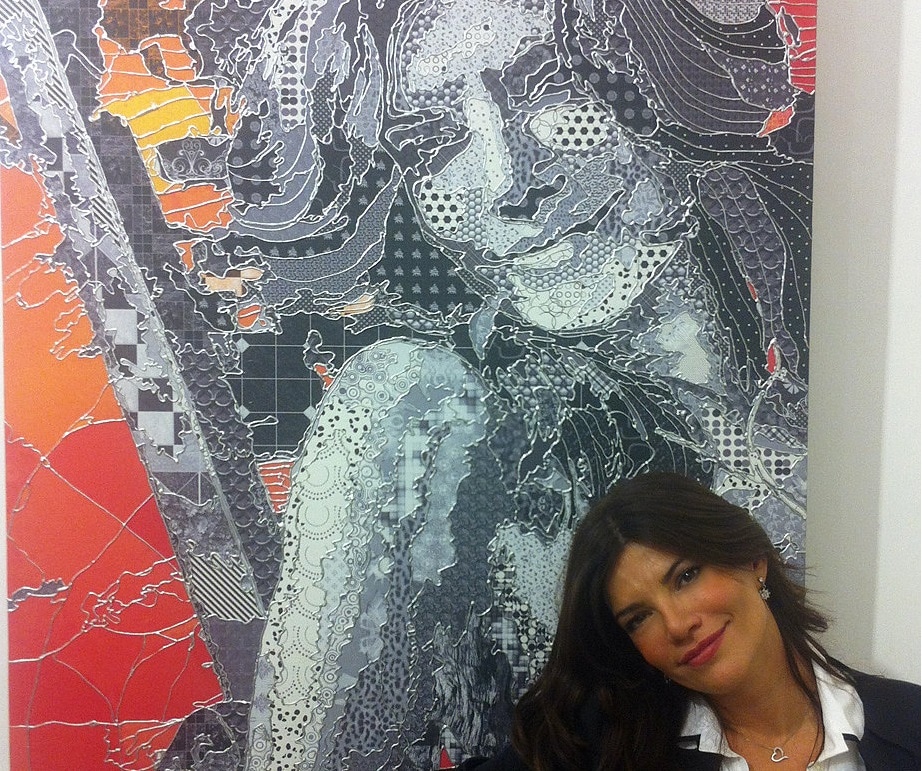 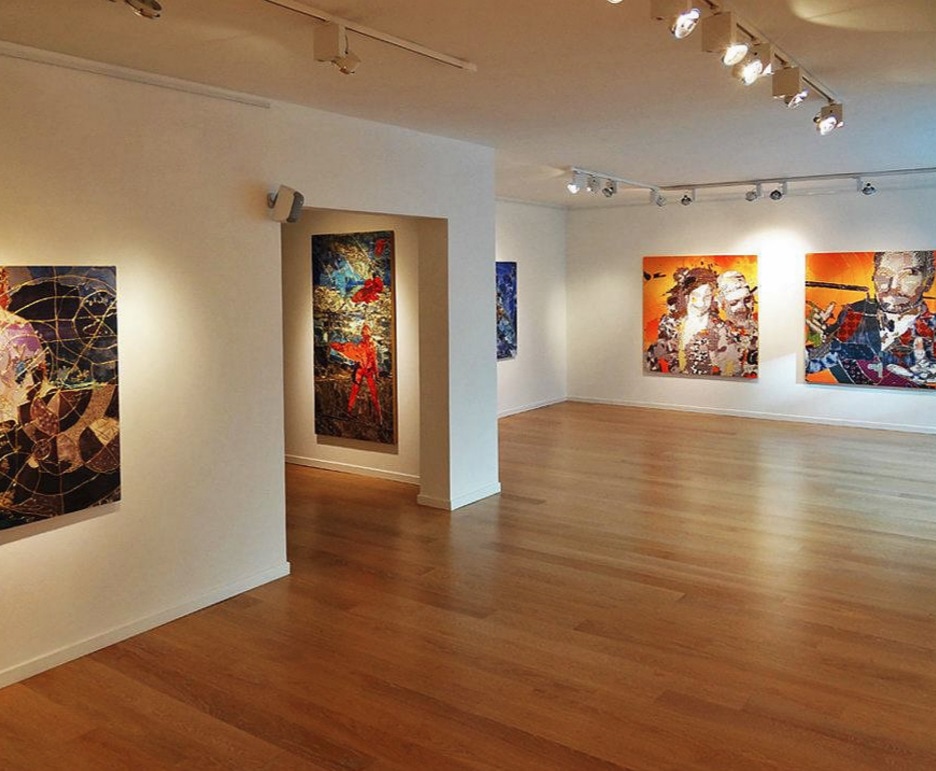