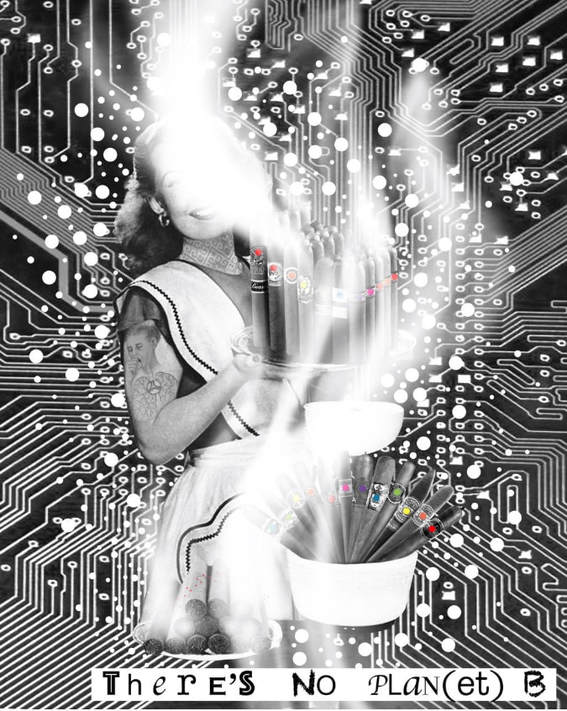 THERE'S NO PLANET B 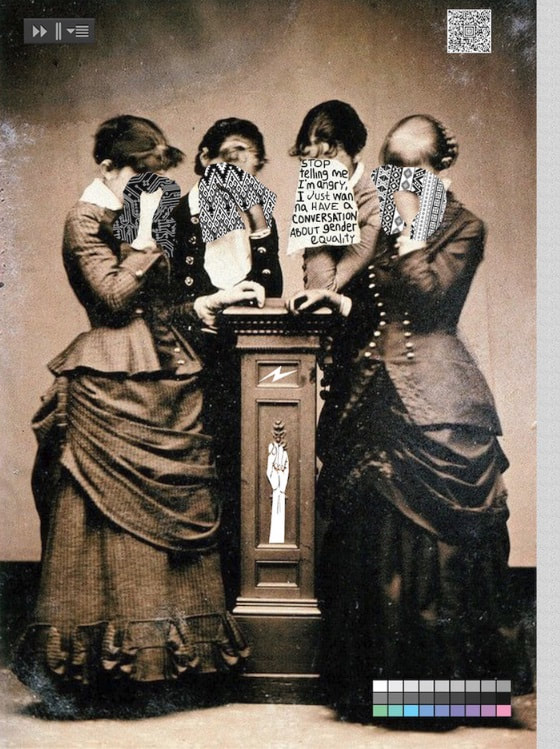 ​Julia Justo was born in Argentina and now lives in New York.

She combines digital technology, painting and collage to create mixed media works, often working from vintage pictures that give her work a sense of history; she uses these images to illustrate the flow of
time and to throw light on current social conflicts.

She believes that present social struggles remain from what came before, and the role of the artist is to give society the tools to resist discrimination and to protest all other injustices. Julia holds an MFA from University of Argentina. She studied Painting at Scuola di A’cquarello in Rome. She has won many awards and exhibits extensively in the United States and abroad. 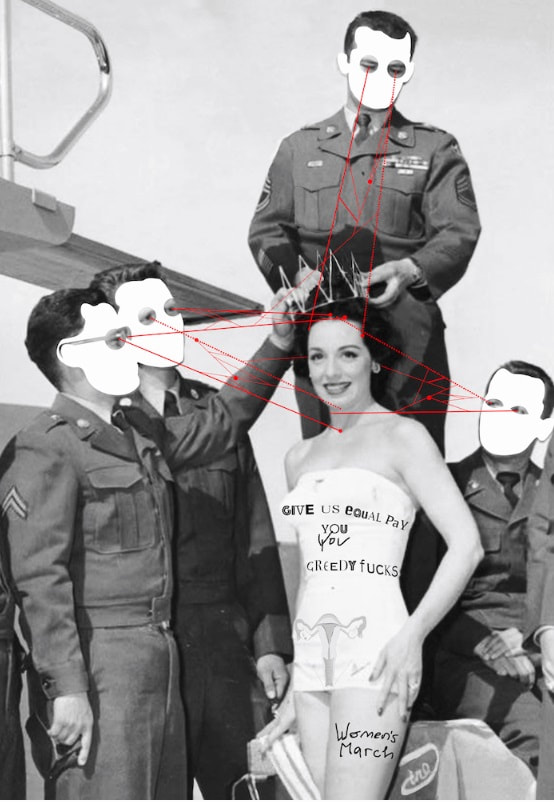 CORONATION OF AN ACTIVIST 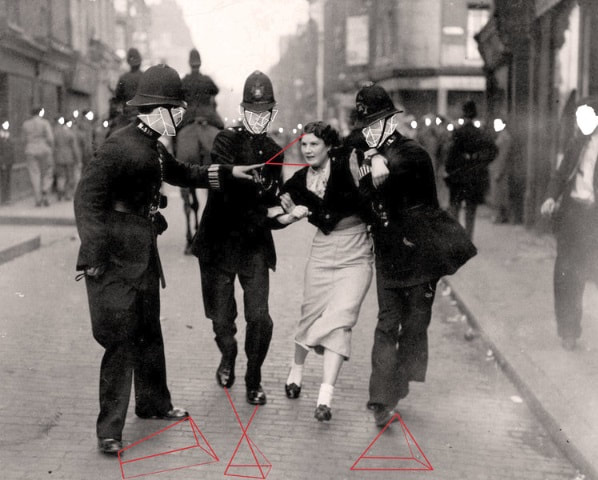 My work has both, a political and social context.
I use vintage pictures because these images from the past come with a sense of history.
They illustrate that the present struggles are a continuation of the past conflicts.

I use my work to figure out what it means to be a Latin woman in America today.
I couple vintage photographs with art abstractions to combine diverse artistic styles.

The photographs I use were never intended to be seen as art, they were initially shot for purposes of surveillance or domination.
I use this material to help illustrate today’s problems.
​
I ignore the boundaries between then and now, art and document, figuration and abstraction.
My digital edition prints are then finished with applications of embroidery. 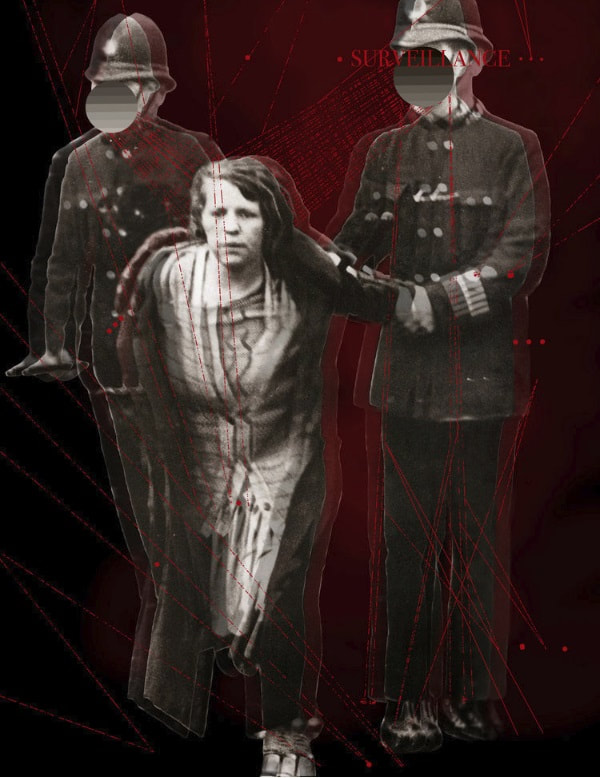 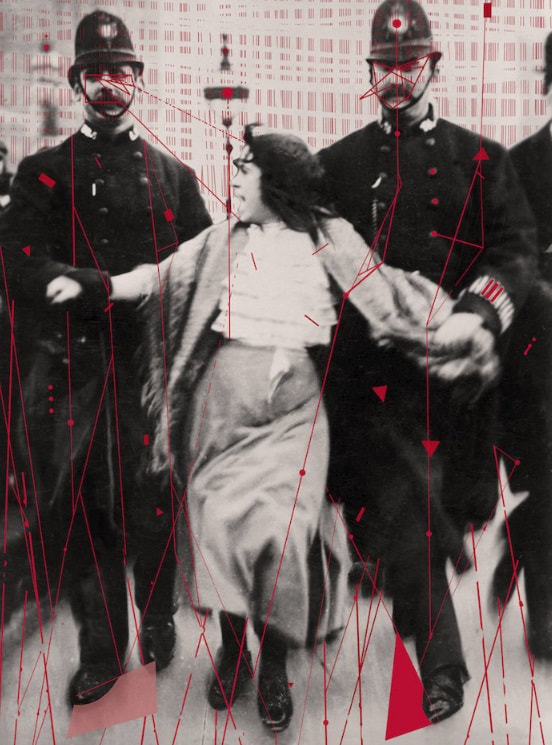 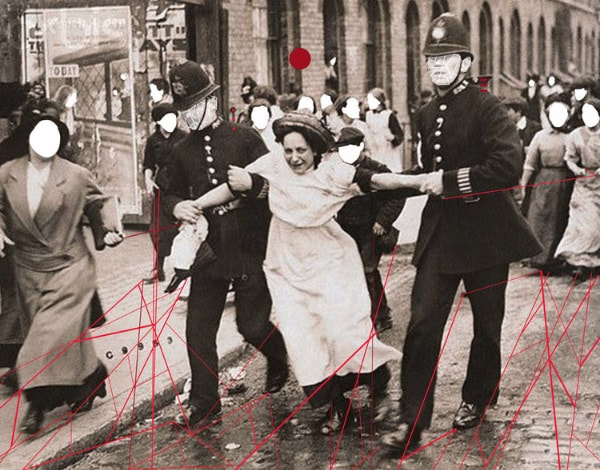 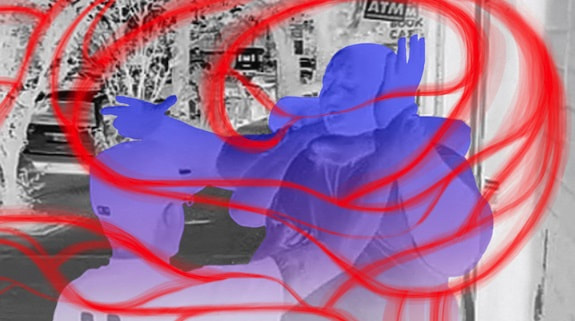 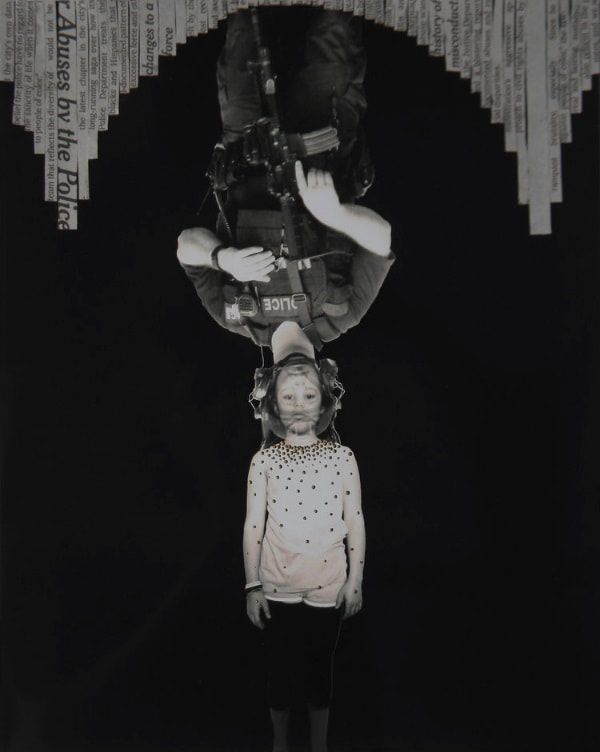 CHILD THINKING ABOUT DISCRIMINATION AND A HISTORY OF MISCONDUCT

My work is depicting the cover-up in the McDonald case.
​
"The department stated at the outset that Mr. McDonald had been killed while approaching officers with a knife. But months later, a police video shows that the teenager was veering away from the officers, when one of them, Jason Van Dyke, shot him 16 times".