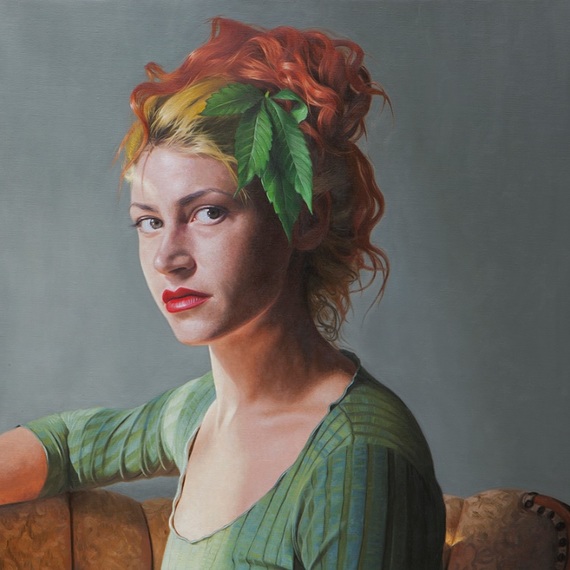 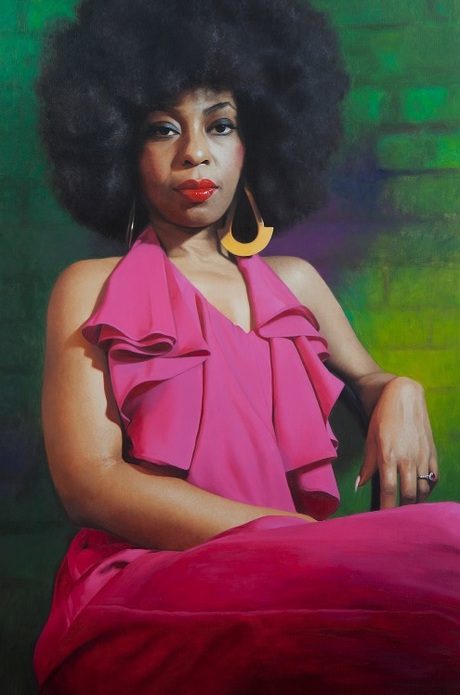 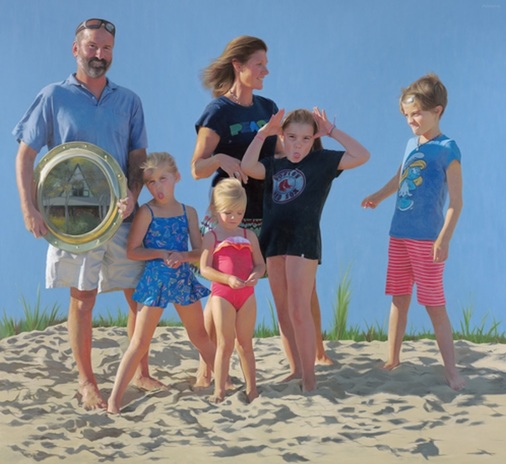 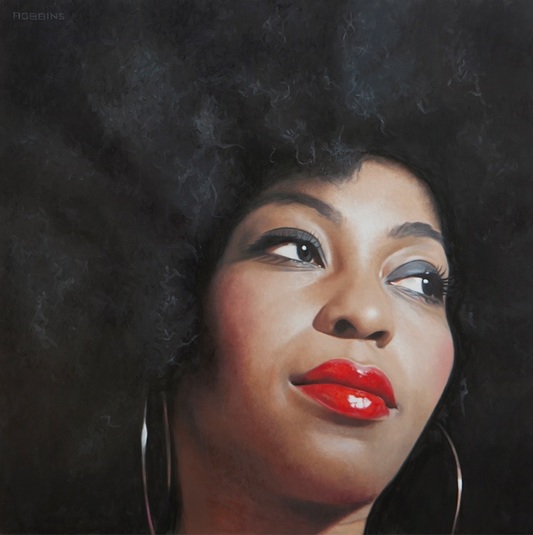 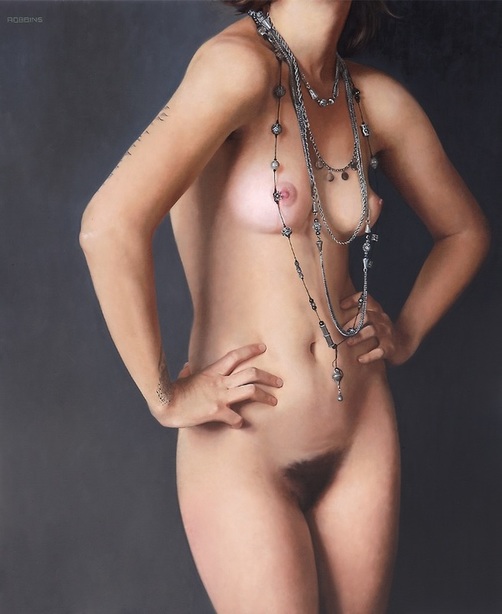 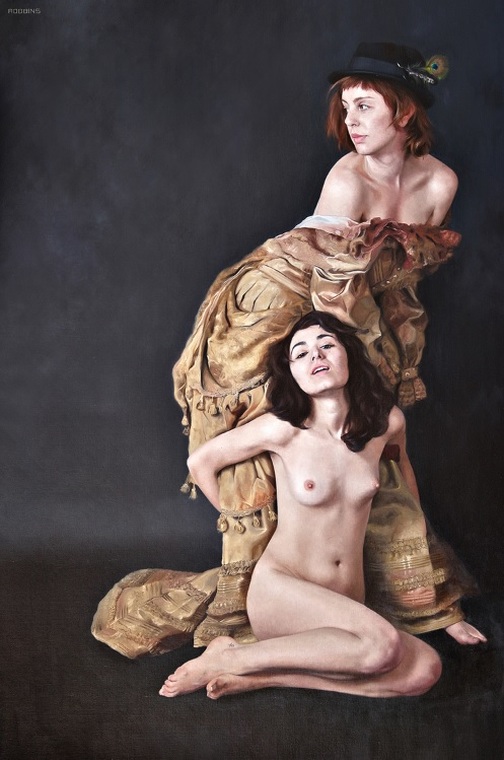 STATEMENT
I paint realistic, oil-on-linen portraits that explore contemporary iconographies. Scrapping the decorum associated with the staged postures of traditional portraiture, my work instead seeks to capture both the candor and opacity of my subjects. Each of my portraits is as much artifact as it is anecdote. I begin each portrait by photographing a subject until certain resonating mannerisms, idiosyncrasies, and other unique characteristics emerge. I then select a particular image gleaned from the photo session as a starting point.

BIOGRAPHY
Nadine Robbins grew up in Southern France; her artist mother introduced her to many influences most
importantly Salvador Dalí. In the beginning of her career, she studied graphic design in the US and
in London, achieving considerable success and founding her own firm in New York City. During this time, she
developed her fine art by merging her experiences as a designer with her long-standing interest in portraiture
into a large-scale series of paintings called “8 Portrait Peaces”. On a whim, she entered several of them into
the Royal Society of Portrait Painters’ juried exhibition and was accepted twice. Encouraged by this, she chose
to further her painting skills by spending 2 years working full-time on traditional oil painting techniques.
Robbins is now a full-time realist painter, who specializes in portraits, nudes and oyster still-life paintings.
She continues to merge traditional techniques and contemporary concepts, striving for realism and creating
work which is animated and alive, infused with emotion, authenticity, wit and wisdom.
Her work has been published in The Huffington Post, American Art Collector, Crain’s Chicago Business,
Fine Art Connoisseur, Poets and Artists and Artsy and can be found in national and international collections,
most notably the Howard A. & Judith Tullman Collection in Chicago. 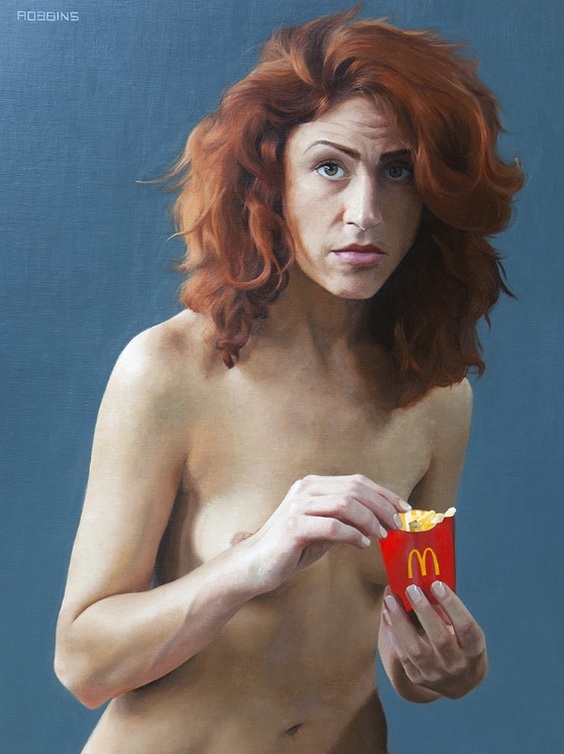 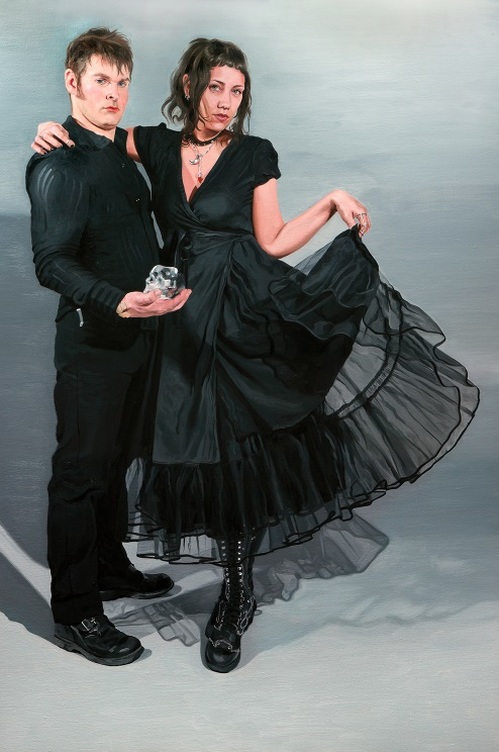 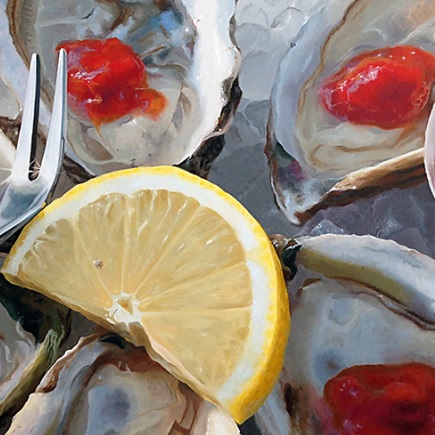