“If you would like to purchase a print of any of my work, please contact me for sizes, pricing and shipping.” 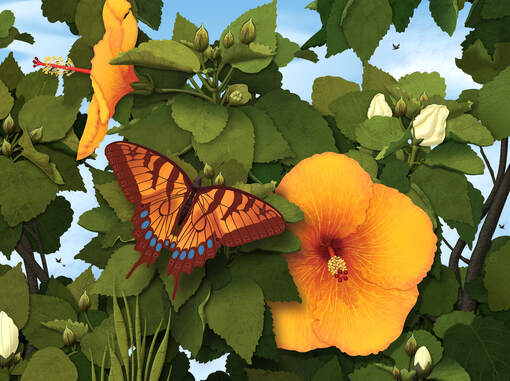 In My Fathers Garden
A native of Rochester, New York, Hutch has lived in Hawaii since 2003.  Hutch retired from the U.S. Marine Corps in July 2006 after 30 years of service and started to pursue his artwork full-time. His artwork has been shown in numerous juried and open exhibitions in the U.S. (Honolulu and New York City), exhibited internationally (Beijing, PRC) and exhibited in numerous on-line publications and galleries.  Hutch’s work has also won several American Art Awards (2009 and 2017).  In addition to having earned a B.A. Degree in Chinese Language and Asian Studies from the University of Rochester (1976), Hutch also earned a M.A. Degree in National Security and Strategic Studies from the U.S. Naval War College (1995), and a M.A. Degree in East Asian Languages and Literatures (Chinese) from the University of Hawaii (2016).

Hutch’s passion for art dates back to his early childhood.  Although not formally trained in art, he did receive training in mechanical drawing as well as drafting.  Over the years Hutch has explored working in pencil, oil, as well as pen and ink.  His current direction is based on what he calls his “doodles”, as well as his desire to create a style of art which is not only unique visually, but also unique in the way the viewer is drawn into and allowed to interact with and interpret each work in his or her own way—this is especially true for his abstract creations.

Whether abstract or representational in form, all of Hutch’s work starts off and is created in the same manner.  A pencil sketch or “doodle” is created and subsequently digitized, then, he digitally paints and builds successive layers of elements upon it to create the particular composition he is envisioning (some of his creations are composed of as many as several hundred layers before they are condensed during the finishing process into just one single layer).  Color, texture and abstract shapes play important roles in all of his compositions.  As a result of having added shadows and sense of depth to his work, one is often able to see that individual elements and the composition overall exhibits a unique 3-D visual effect.  Hutch considers the printing of each composition as the final step in the creative process, and the print itself the completed new work.

To help maintain his creativity and artistic “flow”, Hutch believes it is important to have both a physical and mental balance in his daily life.  He is an avid outrigger canoe paddler, rugby enthusiast, jogs and enjoys the martial arts.  Jazz is his favorite music, he’s a movie/film fanatic, can’t get through the day without doing at least one crossword puzzle and he reads to keep abreast of the political-military issues affecting the security landscape of the Asia-Pacific region. 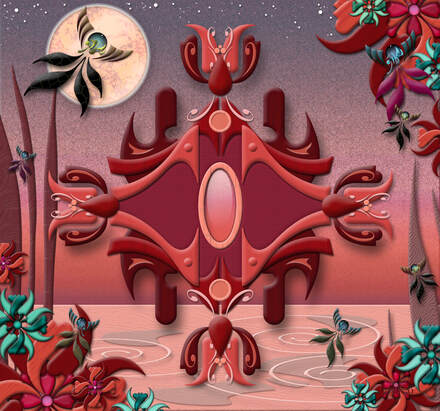 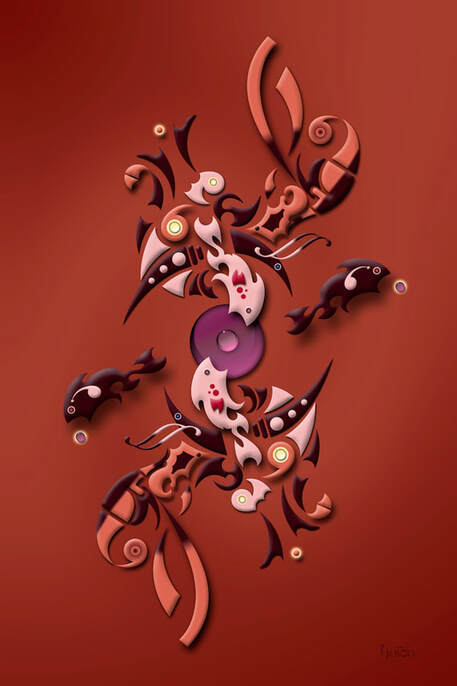 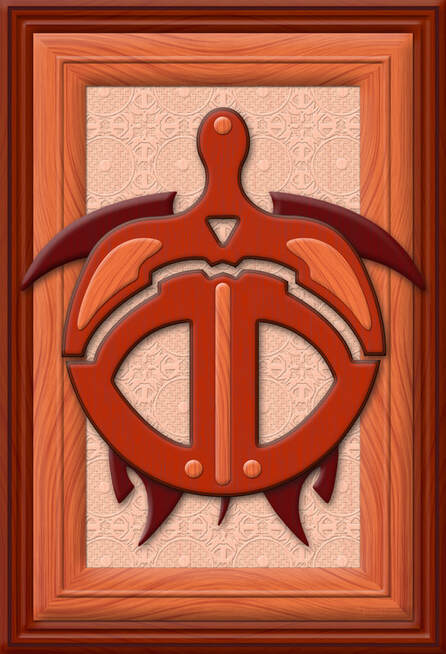 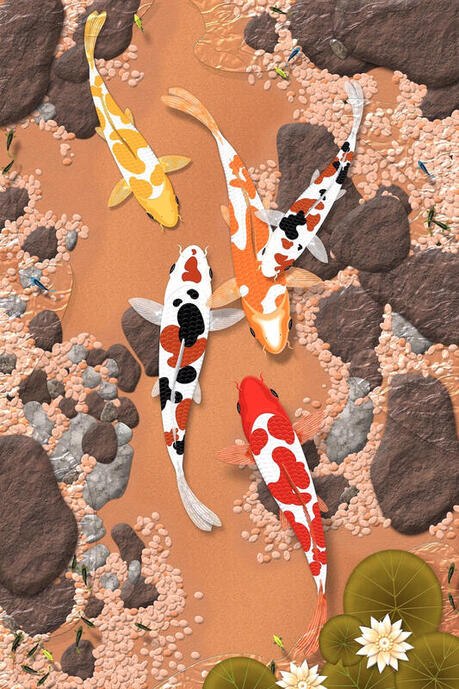 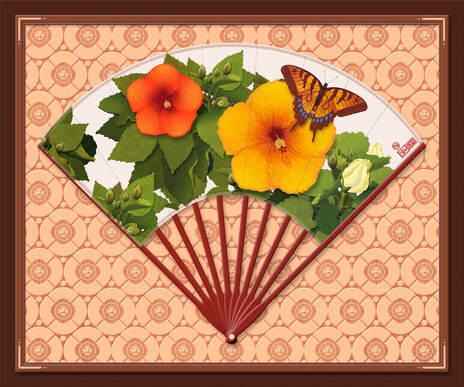 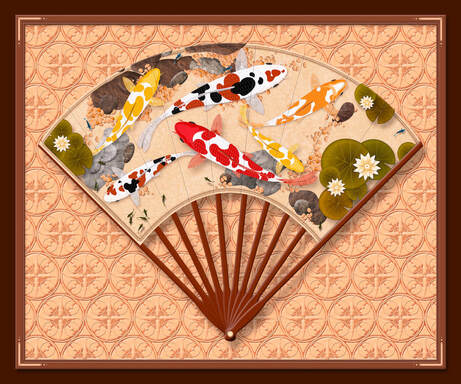 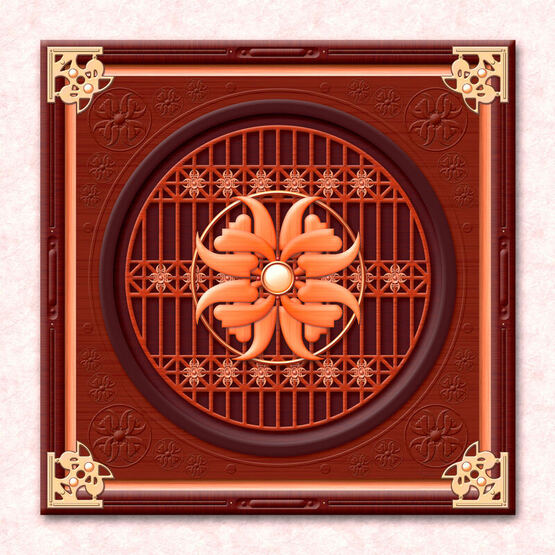 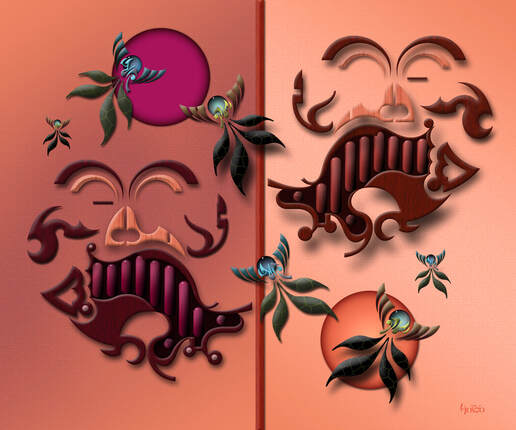 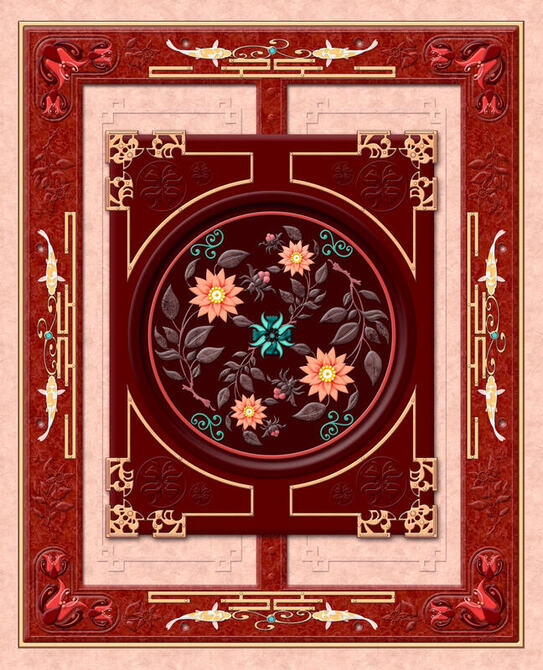 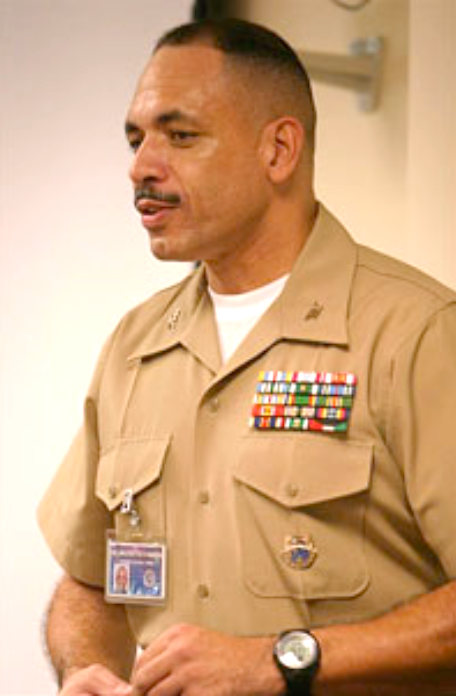