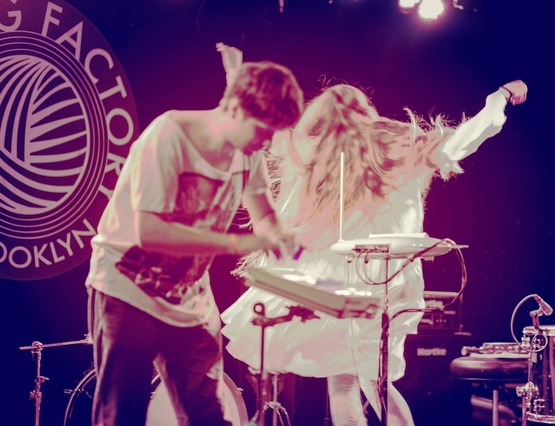 Picture a  tiny church in a small town.
The lights have been completely turned out inside and the scent of myrrh floats through the air as feather wishes dart about. There’s a quiet silence and I am aware that i am in a place of worship to see what will turn out to be one of the highlights to my summer. Like an angel (which I could swear I saw as I walked in) Evgeniya the singer of a duet band called Letters to Nepal appeared like magic as if she was transported from the front of the church to the back row of seats where I was standing instantaneously. 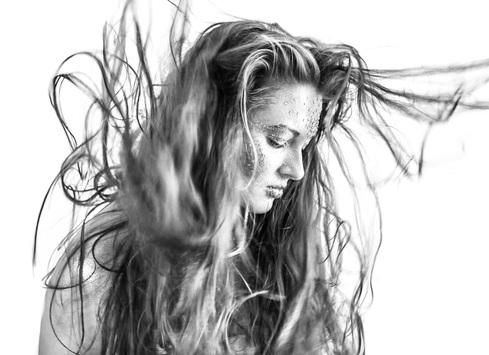 She invited me to the show after her bandmate Anton Fadeev friended me on facebook
And I can’t tell you how happy I am to be in the business I am in surrounded by these talented people on a daily basis..

She shook my hand and I could feel her energy it was warm and inviting like a family member or someone with the power to heal by touch. Dressed in a flowing white short cut dress she welcomed me to some light refreshments and cookies and said that the music would begin shortly and that maybe I would like to sit up front with her and the other artists performing that evening, instead I chose to sit alone further back and absorb the spiritual vibe that was surrounding me. 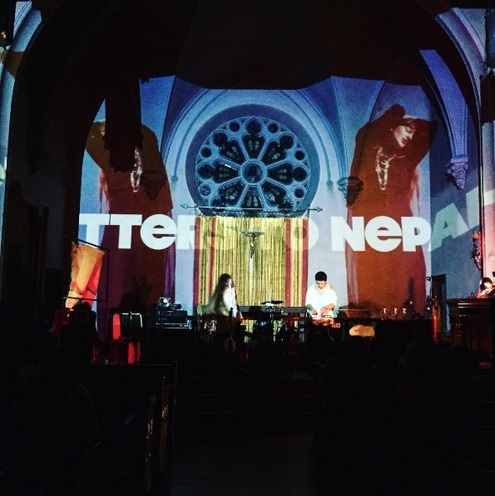 Lenna Pierce started the show an unassuming creature with the voice of a meadowlark singing through the keyhole of a giant door in a castle. A highly crafted and well trained Cello player Lenna set the mood for this glorious evening and brought me from the back seats right up front to see and hear who was making this special soul touching music.
A brief intermission gave me a chance to catch my breath and assess what it was that I was witnessing here.   I sat on a bench across the street and took in the visual exterior of the church.

A glass window in the church door carved into the shape of a crucifix shined a bright yellow light through it and illuminated the front exterior of the church as I sat across the street on the park bench daydreaming in a state of complete peace.

The audience gathered around outside during intermission sitting on the church steps and you could hear the enthusiastic
voices culminate as we waited for the next act.
A Man peeked out from the wooden church doors and announced the next act
Letters To Nepal   starts now please return to your seats.

The sounds from Anton Fadeev's  Maschine NI mk2 brought together a full band electronic symphony
with keyboards and drums mixing together
in an eerie yet somber and peaceful weave of music that I have never heard in a live onstage format
and all I could think was man I have to get one of those.
Anton started the musical sermon and Evgeniya Kuznetsova began to sing.
her voice soared high into the rafters, powerful, seductive, spiritual,
this was a music that was fitting for a place of worship in  this little church in Brooklyn.

The Back wall of the church was the screen for a film that at first glance I thought was a classic film from 1950's Hollywood where the men dressed in suits and the women wore dresses but later I found out from an audience member that this was a film made not long ago with modern actors.

Was it the formality of being in the house of god that made me think of classic lifestyles and ideals where the man was the man and the woman was happy to be just a woman or was it the combination of Anton and Evgeniya working together on the church pulpit blessing the audience with a music and a presence that may have even been beyond them  - brought to them and us from a higher power?

Either way I can tell you this was a show I would not soon forget and I was now officially a fan.
I have to thank you both for inviting me to this show and I will come to as many of your performances I am able to Anton and Evgeniya as I had a
wonderfully enhanced evening leaving me peacefully inspired. 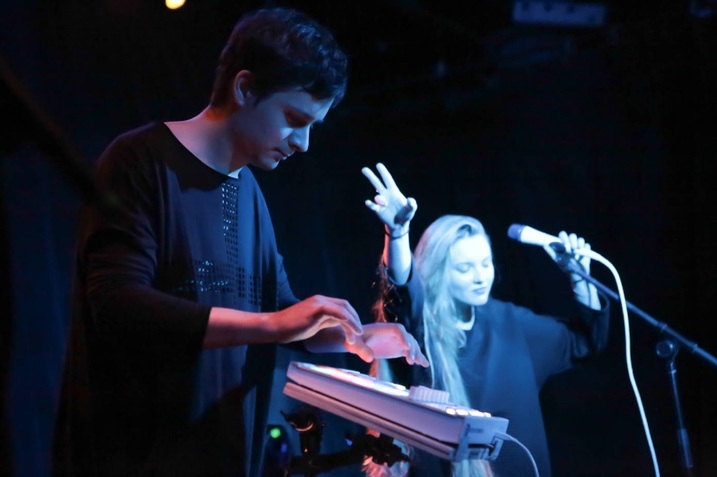 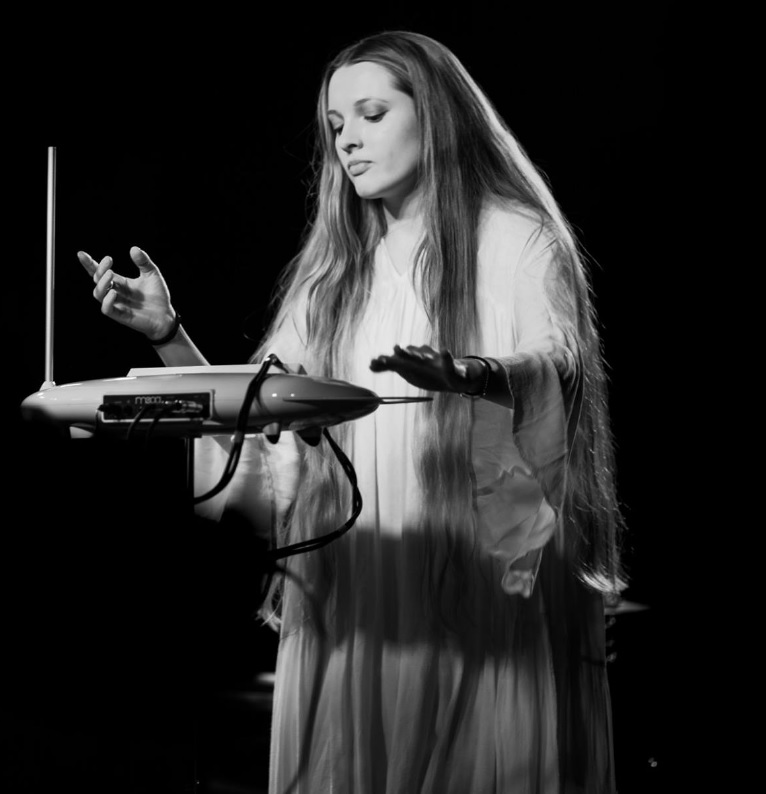