Cozy in Breckenridge, COThe Fireside Inn is both a B&B and hostel. We offer a variety of accommodations from a suite, rooms with private bathrooms, and dorm facilities with shared bathrooms.

​Owners Andy, Niki and their daughter Robin welcome singles, couples, and families.
Conveniently located two blocks from Main Street in the national historic district in Breckenridge, the Fireside Inn is a very short walk or a free, short ride on the shuttle bus to the Breck Connect gondola up to Peak 7 and 8. 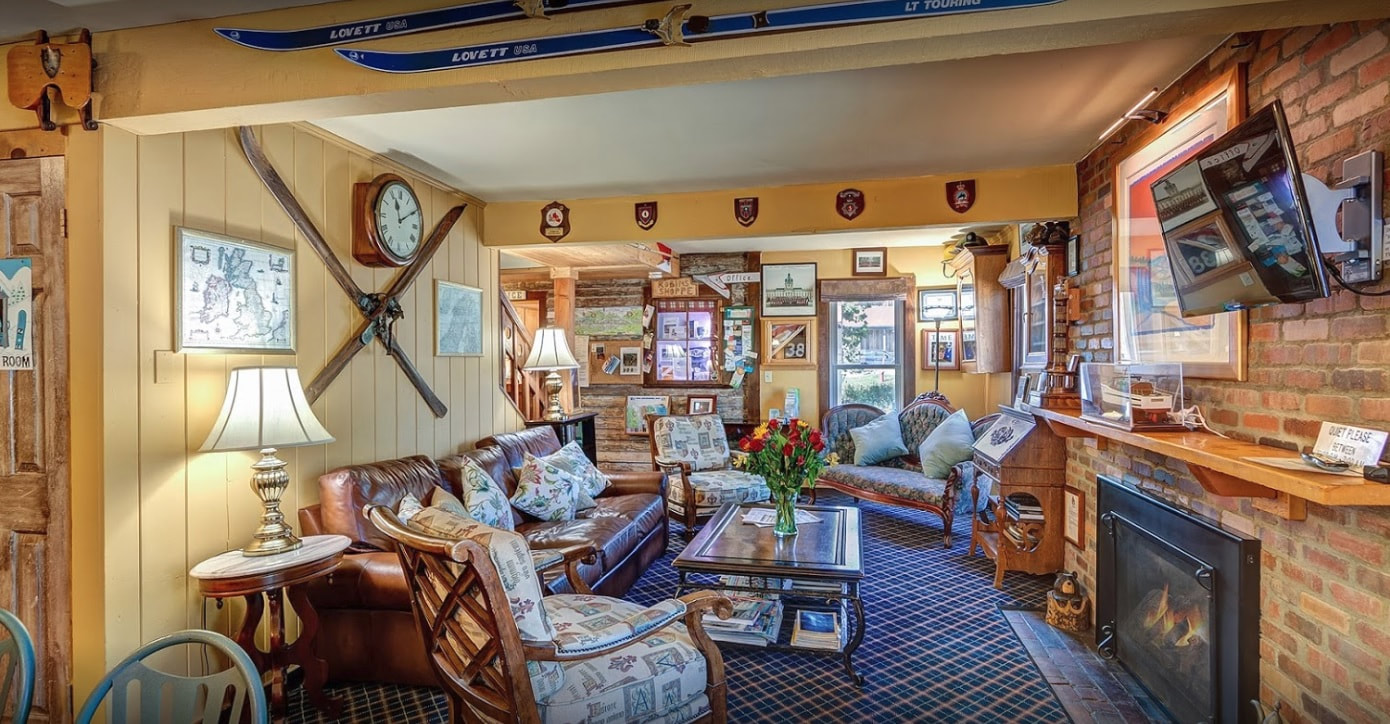 ​The first occupants were the Fletchers. Eli Fletcher was a prominent Breckenridge resident from 1860’s.

Eli and his wife, Emma, live here before they built their home on the corner of Lincoln and Harris in 1885.
The next occupants may have been the Curtin family. Mr. Curtin was thought
​ to have been a miner in Ten Mile Canyon and then a
station agent for the Denver, South Park and Pacific railroad.
Their twin daughters, Martha and Maggie were the first twins born in Summit County.

The daughter Martha married Martin Waltz and spent her entire life in this house. It seems her family suffered more than their share of tragedies. After about 20 years as a station agent, Martin was fired for supposedly having his hand in the till. The scandal evidently caused Evelyn, one of their daughters to have a nervous breakdown.

​Somehow she managed to step behind the family car as Martin was backing out of the barn and was run over. However the town must not have been too concerned about Martin because in the early 1930’s he became County Judge.

Martha was very social. She was active in the Eastern Star, a charter member of the Breckenridge Woman’s Club which had been organized in 1929 and had state offices in the Neighbors of Woodcraft.
Martin died around 1935 and another daughter Ferda died young. Most likely the memories of the deaths in the bedroom were too difficult for Martha and she slept in the attic above the pantry (now the Inn kitchen).
Some people were afraid that Martha would die up there and it would be difficult
getting her body out because she was very heavy.
​
There is another mystery relating to this family. The hill going up through the Weisshorn, Wellington Road was once called Curtin Hill. It is rumored that the Curtins were running a house of ill repute.
Also one of the daughters had an illegitimate child.

Martha died in 1960 and her house was closed up until it was bought it in 1967 by Mr. and Mrs. Bill Walmsley who opened the Blue Bird Barn Antiques in the house and added on the rear portion for their living quarters.
In 1975 Gail Galbreath converted the house into Galbreath’s Fireside Inn.
After his divorce he had to sell it and he sold it to Jack and Jean Wells who ran the Inn and hostel for seven years. They then sold it to Mike and Mary Keeling who ran the Inn as Jack had for nine years and they sold it Niki and Andy Harris,
the current owners in January 2001.

Andy and Niki are both English and live in the front part of the Fireside Inn with their daughter Robin. Their Drahthaar, Sapper, lives with them and looks forward to meeting all the guests. Andy served in the British Army with the Royal Engineers for 26 years and became an innkeeper on retirement! Niki had various careers as secretary, interior designer, cook and fitness instructor and finally innkeeper. They chose Breckenridge having lived on Fort Carson, Colorado Springs when Andy was an Exchange Officer with the American Army and fell in love with the quaint historic town.

Sleeps 4
This romantic suite is tucked away on the second floor and has its own private entrance. The bedroom is furnished with a king size bed along with an antique dresser and wardrobe.

The living room has a day bed, perfect for two extra guests. It also has a refrigerator,
​cable TV/VCR, table and chairs and an extra washbasin.
The bathroom has a spa bath for one and a walk in vertical spa shower.
Breakfast Included

Hunter’s Room
​
​Sleeps 4
This spacious room has a hunting theme and views of the ski runs and surrounding area. With a king size bed and day bed, this room can sleep up to four people. The Hunter’s has a fireplace, refrigerator, cable TV with DVD, dressing area with second washbasin, and a bathroom with Jacuzzi tub with shower.
Breakfast Included

Sleeps 2
This bright room has been redecorated with classic, clean style with a queen bed, dresser and two different views. The Sweetheart has a refrigerator, flat screen tv with dvd, ipod alarm clock, and private
​bathroom with antique claw foot tub with shower.
Breakfast Included

Sleeps 2
​This cozy and colorful room with queen bed and antique dresser has a great view of Baldy Mountain. The Wildflower has a refrigerator, flat screen tv with dvd, ipod alarm clock, and private bathroom with Jacuzzi tub with shower.
Breakfast Included

Sleeps 7
In the summer time, we convert our attic dorm room into a family room with a double bed and six single beds and lots of storage space. With a balcony overlooking the town and mountains, shower room and cable TV, this is an ideal and economic room for groups or large families.
Breakfast Included

For those who would like the economy of a dorm bed but would prefer privacy The Bothie is ideal.
The Bothie is decorated as a Scottish Mountain Hut with a set of twin bunk beds. The Bothie can sleep up to 2 guests.
Breakfast Not Included 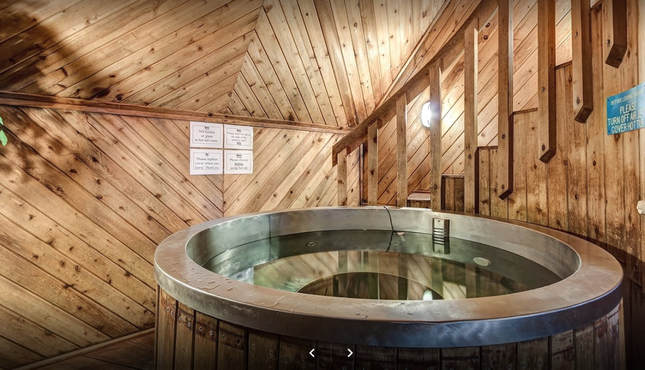 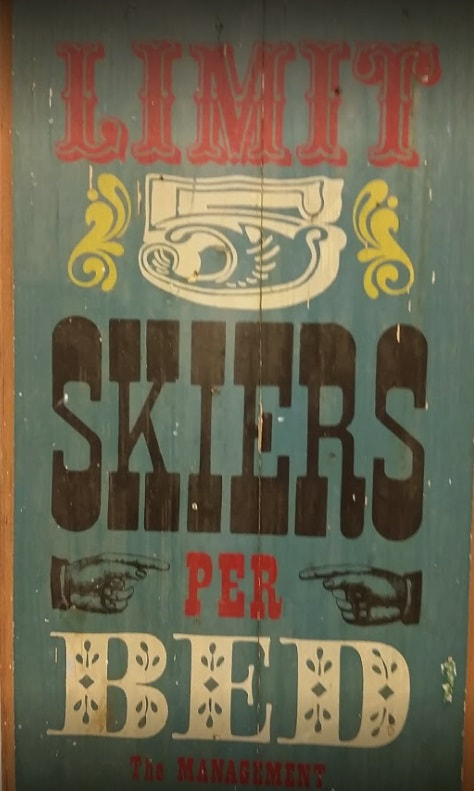