Artists May be Available for Commissions
​Please Inquire With Any Questions To
jsebastian@thenewyorkoptimist.com 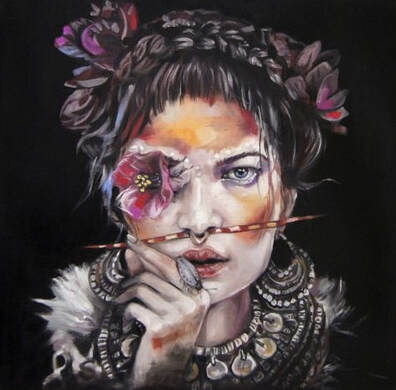 ​DAS INNERE SELBST 1
60 cm x 60 cm 2018 oil on linen
Wanda Stang is a German Postwar & Contemporary artist who was born in 1985. Their work was featured in several exhibitions at key galleries and museums, including the WHITECONCEPTS by Nicole F. Loeser. 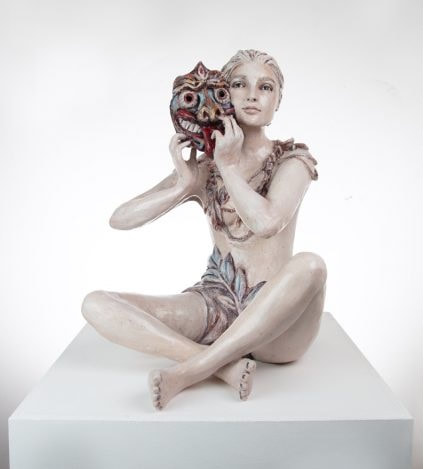 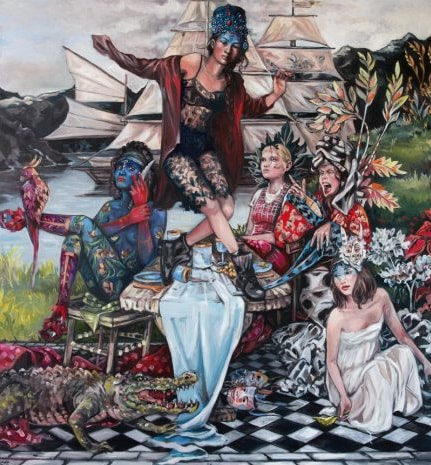 Up to now, drawings serve artists as the most effec­tive medium to reflect their ideas.
In the works of Wanda Stang, hand drawing parti­cu­raly

func­tions as an important medium, used to capture her thoughts and visions.
The expe­ri­mental character of drawing allows her to diver­sify
between diffe­rent levels of sensa­tion, explo­ra­tion and invention.

Since 2010, Wanda Stang has created works which are inspired by the literary classic
“Around the World in 80 Days” by Jules Verne, forming

and the essence of Roman­ti­cism have exerted a strong impres­sion on the artist.
This series of artworks is prima­rily based on illus­tra­tion

and an artistic exami­na­tion influ­enced by nature. Through her original style of working,
Stang succeeds in build a connec­tion with almost all cultures of the world.

Besides her surreal pain­tings, which are shaped by her encoun­ters with young cosmo­po­litan
people from the four corners of the globe, her

Gesamt­kunst­werk called “Wander­lust” repres­ents a new approach.
Her works, as well as being created on paper or canvas, are now

being deve­l­oped into three-dimensional paper works in-situ.
The fusion of dreams with reality allows for the possi­bi­lity for surreal space to
become ambi­guous and unique. While Stang deve­lops an imagi­na­tive world
based on the descrip­tions of jour­neys by people whom she
met perso­nally, she also uses hand­made clot­hing to stimu­late a new patterns of thin­king and design.

Visi­tors to the exhi­bi­tion will be
part of her site-specific instal­la­tion.

On one hand they can wander through the thoughts and expe­ri­ences of the artist and her prot­ago­nists,
and on the other hand, with the aero­dy­namic object called “Skyward Balloon”, they also can find their asso­cia­tions with which they canrelate to this created piece.

Wanda Stang is currently a
Meis­ter­schüler of Prof. Tristan Pranyko at the Univer­sity of Art Berlin-Weißensee, where she graduated from
classes of pain­ting, textiles and surface design. Before that she completed her studies in Pain­ting
and Pedagogy for Waldorf schools as
​
well as the studies of Fine Arts in Baden Würt­tem­berg. From 2006 to 2007 she was involved
in the resto­ra­tion work for the re-opening of
the New Museum in Berlin. In 2011 her path led her to London, where she was involved
in prepa­ring the Paris Fashion Show for Alex­ander
McQueen. Back in Berlin, she parti­ci­pated in solo and group exhi­bi­tions and now dedi­cates
herself to the produc­tion of her first majorsolo show 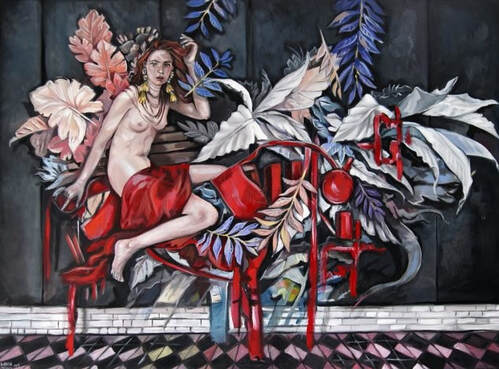 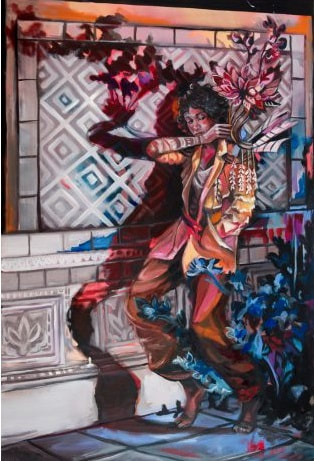 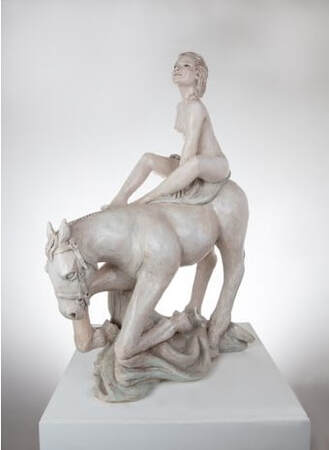 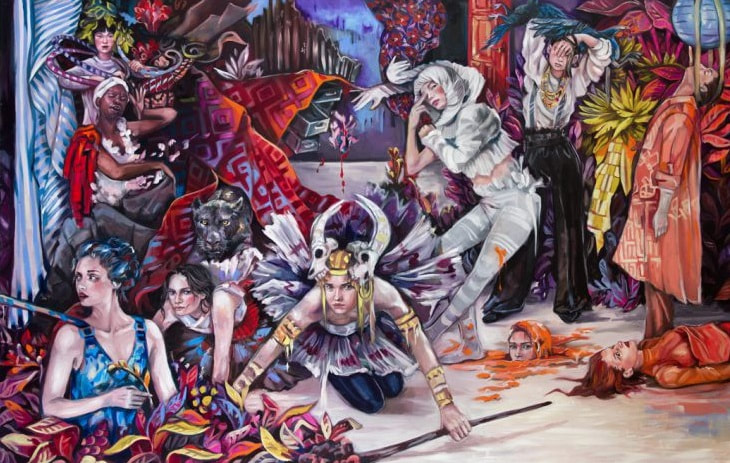 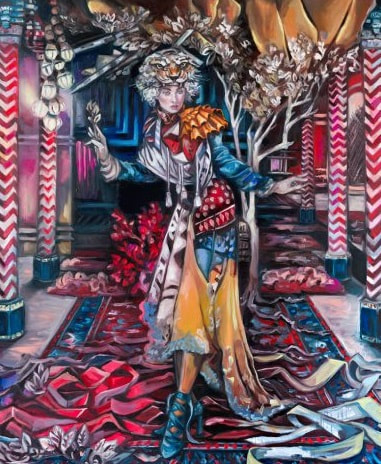 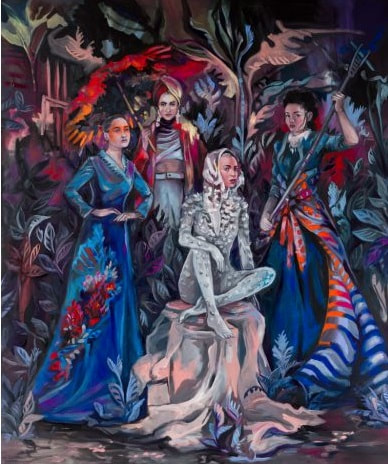