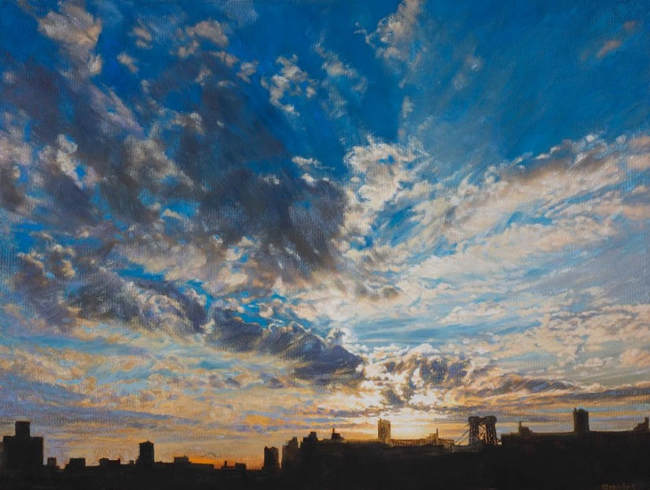 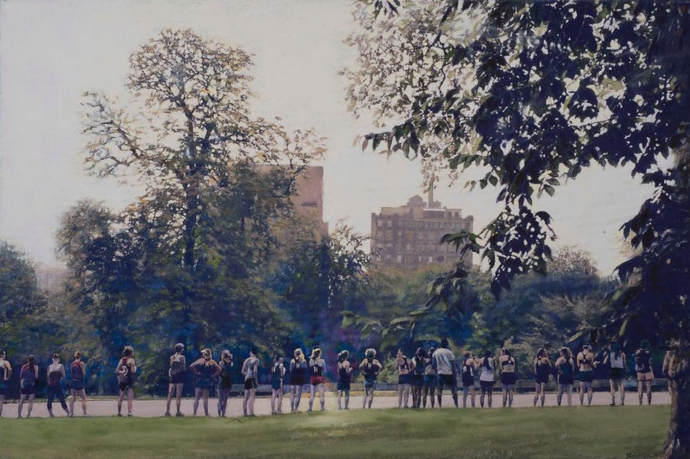 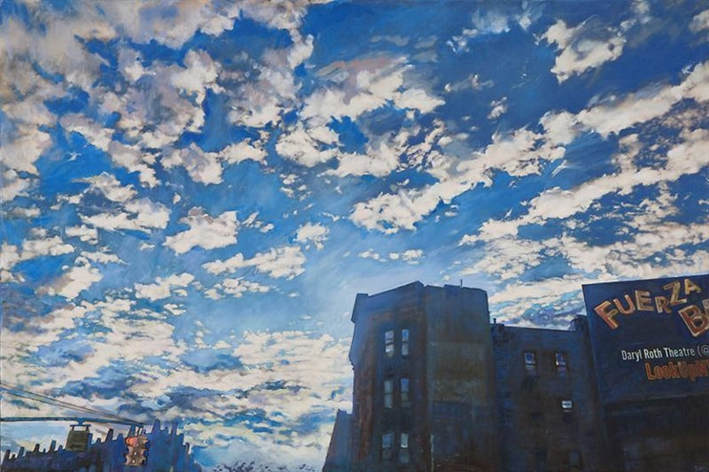 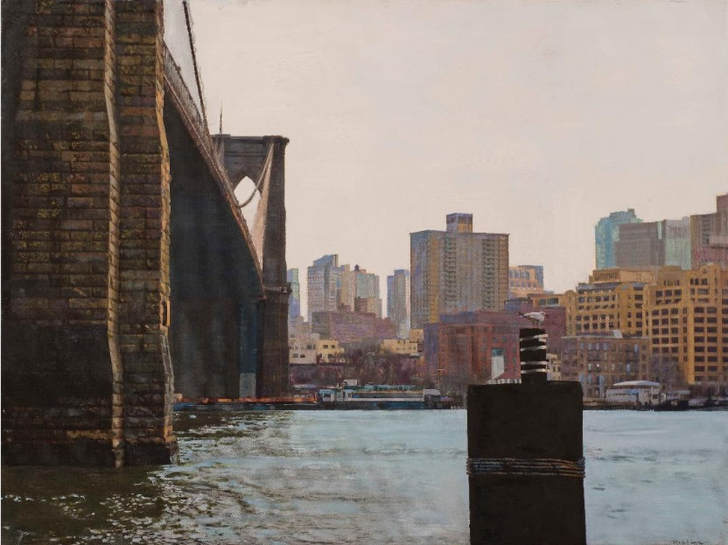 A Still November Day
at the Brooklyn Bridge
30 x40 in 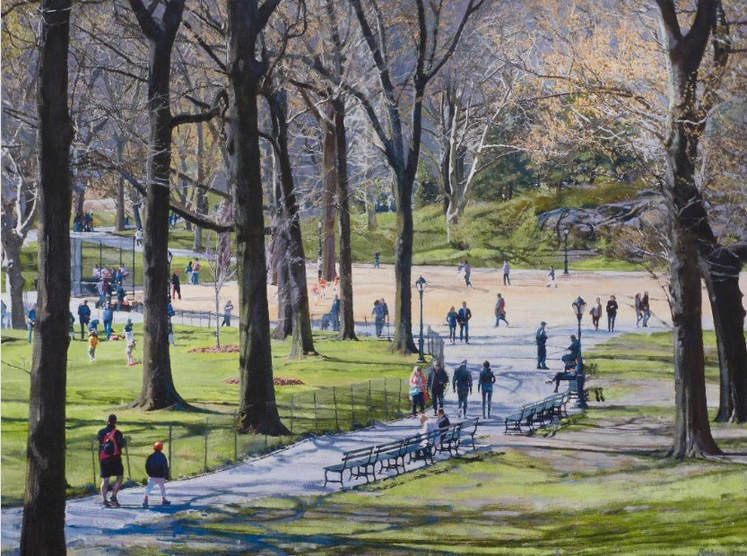 Saturday Softball in Central Park
30  x 40 in
Dianne Robbins began her career as a fashion illustrator after graduating Fashion Institute of Technology.
Her work appeared in The New York Times for many years. She then worked for Saatchi and Saatchi,

Grey Advertising and others doing illustrations for such clients as Children's Tylenol, Almay, Ivory Soap and many others.
​As her own daughter grew up her favorite subject became Mother and

Child and Children and she started her business Portraits of Childhood. She also illustrated a Christmas book by the beloved writer and minister Barbara Crafton called "Mary and Her Miracle". About

ten years ago she moved to the Lower East Side, not an area of tall buildings. She dubbed the neighborhood "Big Sky Country"! From her new apartment on the sixth floor she watched the sunrise every

morning and fell in love with the sky . She then kept her camera with her at all times because walking the the East River every day her vision was opened up to a play being put on above the harbor,

above the bridges, above Brooklyn that she just really hadn't seen before and she began to create paintings in oil on canvas that have now formed three exhibitions. " As New Yorkers, we're always

running for taxis, hurrying through the crowded canyons of skyscrapers, rushing up or down subway steps . The sky is just a tightly cropped backdrop between tall buildings. As I paint the sky over the city I enjoy an intimacy with it as sure as my familiarity with the city's architecture, that's why I named my second show "New York Is My Boyfriend"! I also love our bridges, especially the

Brooklyn Bridge with its quiet timelessness, it's feeling of permanence in this constantly changing place."  There are three paintings of the Brooklyn Bridge in this current show. In this new collection some

shared New York moments are painted; a Saturday softball game in Central Park, waiting for a subway, watching Brooklyn from the Wall Street pier and they are side by side with the river scenes

and the solitary sunrises. "NYC-Alone and Together" by Dianne Robbins will be on display through November 30th at the Manhattan Athletic Club, 277 Park Avenue at 48th Street.N.Y.

The artist can be reached at her studio 212.677.6415. All the paintings shown here are available for purchase and are copyrighted by Dianne Robbins 2017. 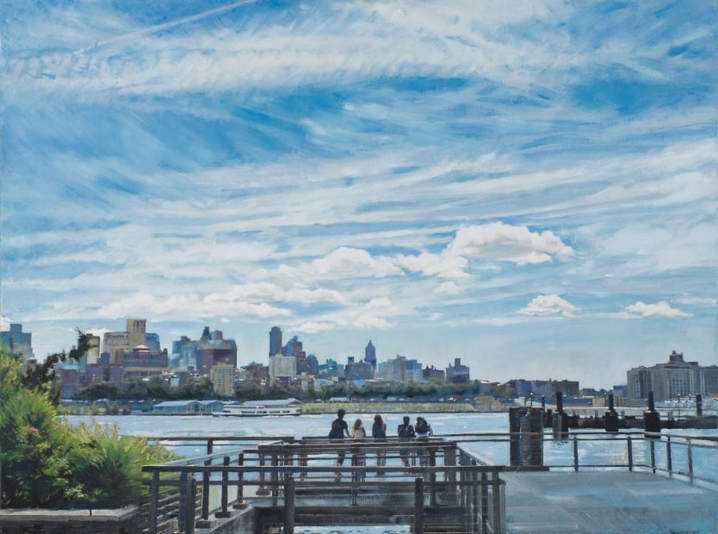 Watching Brooklyn From The Wall Street Pier
30 x   40 in 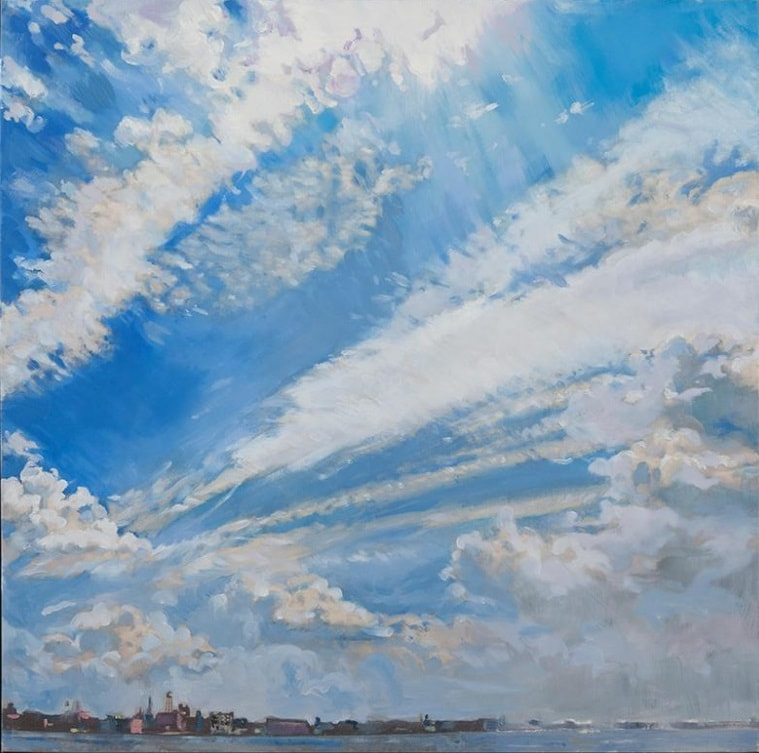 Sky Over Williamsburg
38 x38 in 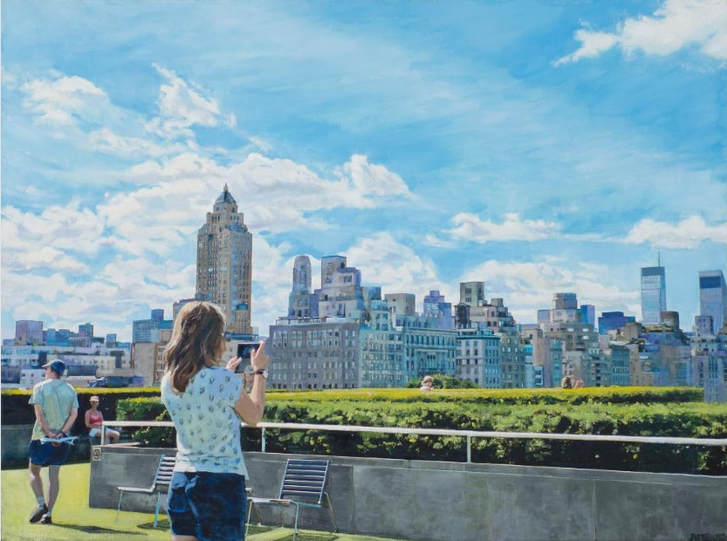 Sky From The Metropolitan Museum Roof
30  x 40 in 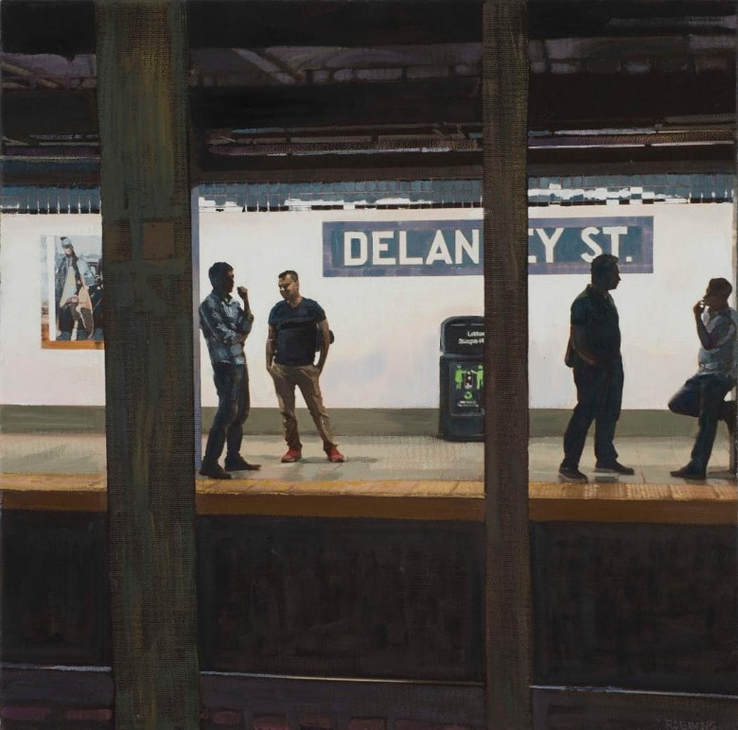 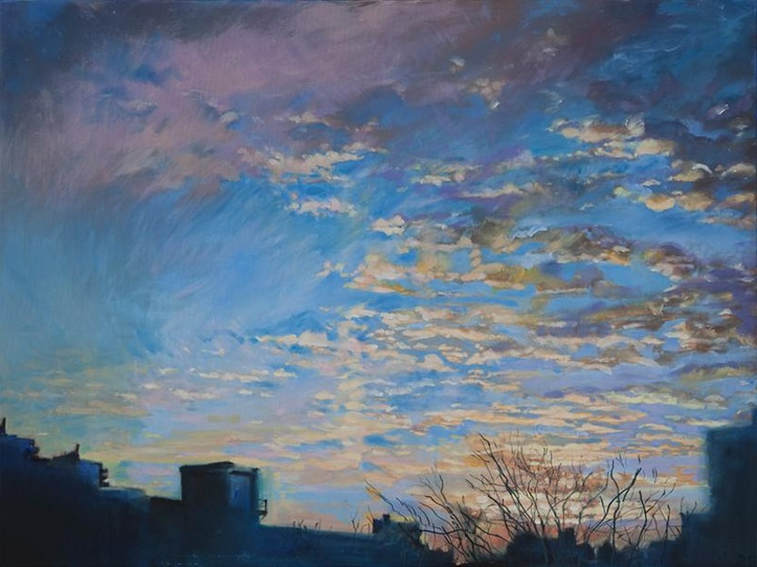